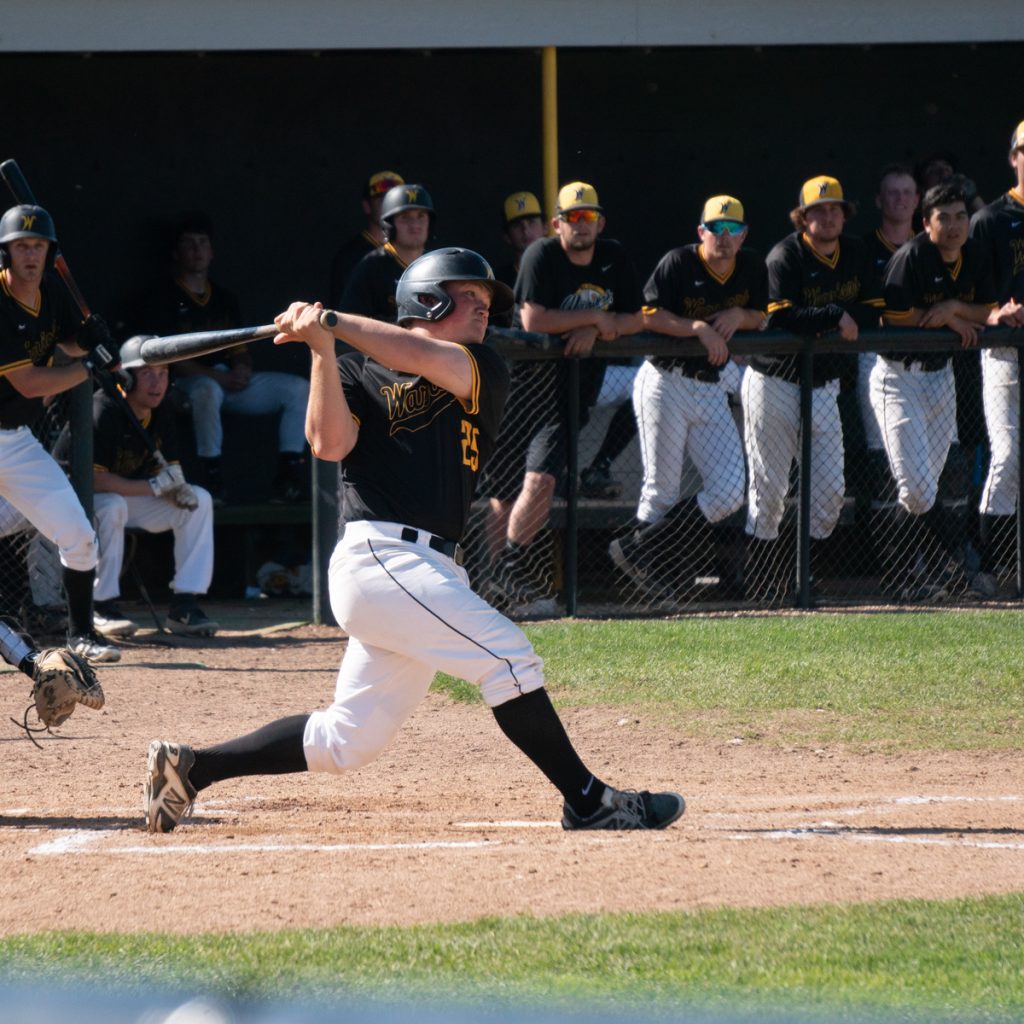 The Timberwolves rallied for four runs in the eighth inning of the nightcap and held on for a 9-8 win.

Peterson struck out six and walked two during his route-going performance in game one.

Lane Hailey provided offensive spark for the visitors in the opener. He coaxed a two-out, bases-loaded walk in the first inning, slapped an RBI single in the fifth, and belted a lead-off home run in the ninth inning.

The Warriors led 7-5 prior to Blue Mountain’s eighth-inning uprising.

Walla Walla tallied once in the ninth inning, but left the bases loaded.

Kobe Morris had three hits for the Warriors in game two. Zach Berryman hit a two-run home run in the fifth.

The Warriors play at Treasure Valley on Wednesday.