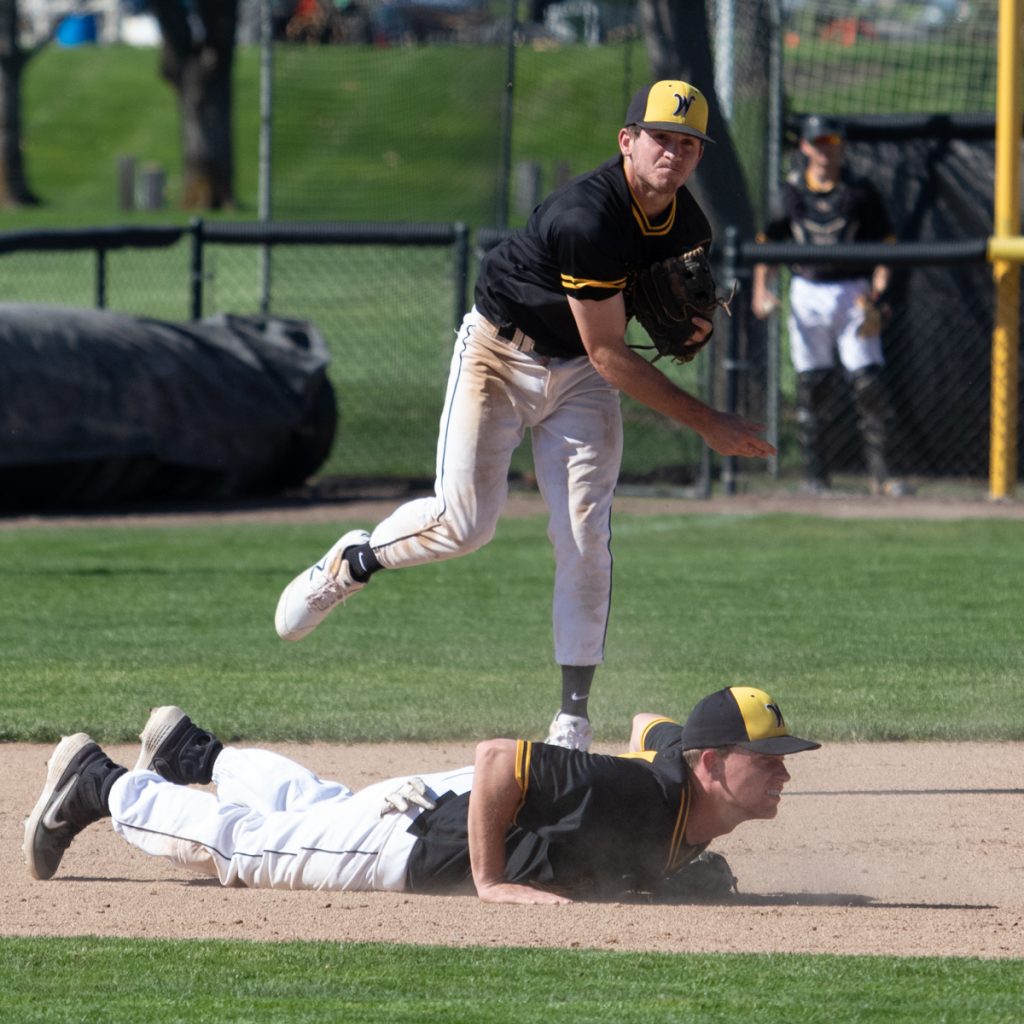 The Walla Walla Community College Baseball team pushed their winning streak to five games as swept on Big Bend on Saturday in a Northwest Athletic Conference double-header at Warrior Field.

In the first game, the Warriors amassed 15 hits and scored eight runs with the bulk of their scoring coming in the third inning when they put up five runs. It started with a two RBI triple by Carson Green, then Christian Berry brought Green in on a RBI single. Kobe Morris reached base on a fielders choice and then an error by the second baseman caused two more runners to score that inning.

The Warriors would score one run in each of the next three innings to give them an 8-3 lead heading into the top of the ninth. The Vikings got one run across, couldn’t over come the deficit and would lose game one 8-4.

In the second game, the Warriors got things going early on by bringing across three runs in the bottom of the first inning. Danny Robinson scored Carson Green with an RBi single with one out. With bases loaded, Kyle Corrigan hit an RBI single to bring in Christian Berry then Zach Berryman scored Lane Hailey to give them their third run of the inning after grounding out. Big Bend would get on the board in the third and then would end up taking the lead in the top of the sixth after a four run inning. The Warriors wouldn’t be down for long as they answered back with three runs in the bottom of the seventh, two of them coming from a two RBI single from Coby Roberts that scored Christian Berry and Brandon Wagstaff.

Four more runs in the eighth inning including a two run home run by Wagstaff would eventually put the game out of reach and seal the sweep for the Warriors.

The Warriors, now 10-18 overall and 8-6 in NWAC play, will travel to Spokane on Wednesday for a double-header. First game is at 1 p.m.