Warriors win 3 out of 4 on final weekend 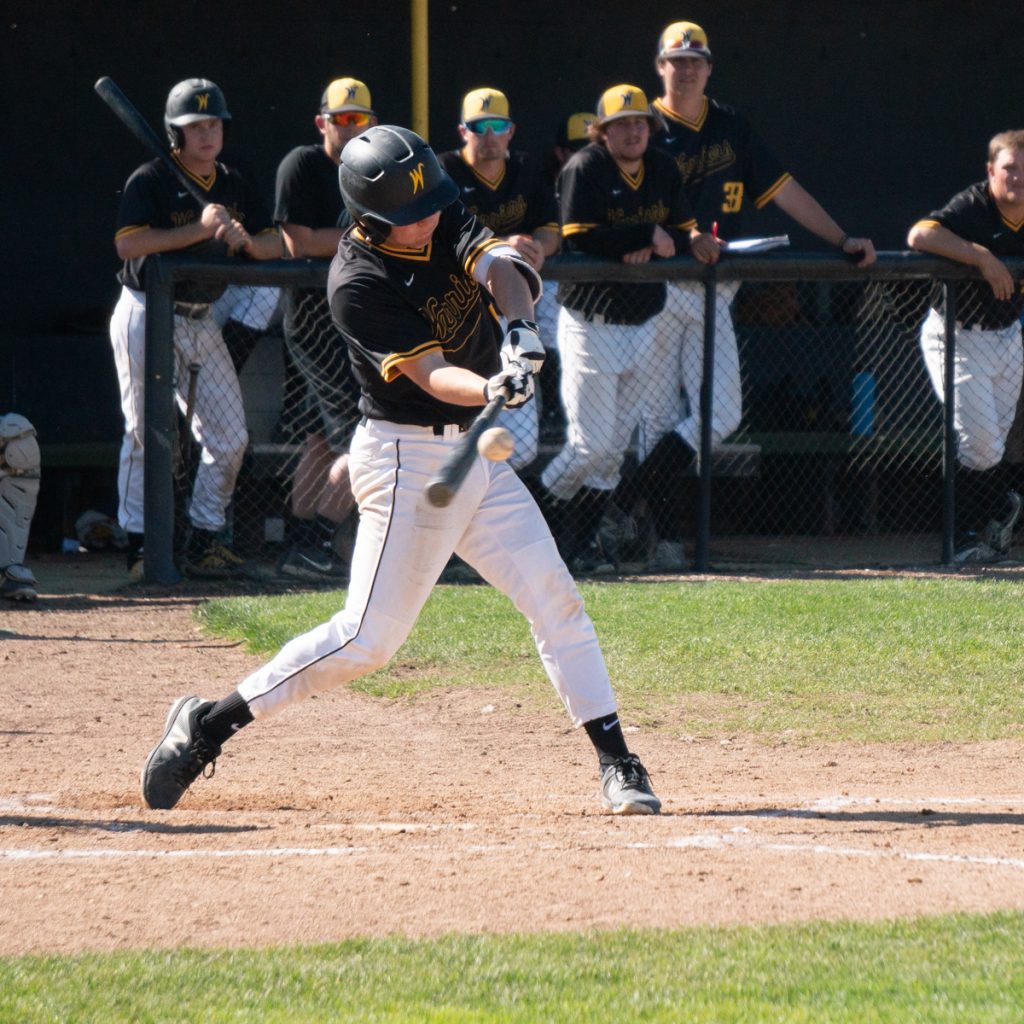 A day after being swept by Treasure Valley on Wednesday, the Warriors protected home field and swept the Chukars 5-1 and 12-4 in Friday action.

Yakima Valley, the No. 2 team  in the East standings, visited Warrior Field Saturday.

The Warriors took the opener 11-4, but Yakima Valley rallied to win the nightcap 10-8.

In Friday’s opener, Brody Woods tossed a complete game for the Warriors.

Woods went all the way, only got touched for a third-inning run, only gave up four hits, and struck out four.

WWCC needed a four-run sixth to overcome a 1-0 Chukar lead.

Zach Berryman and Elliott Marks led the Warriors with two hits each.

WWCC scored 12 times in the first two innings of Friday’s nightcap to take a 12-1 lead to the third.

Jared Carlisle, Treasure Valley’s starting pitcher, righted his ship after a tough start, and blanked the Warriors the rest of the way but the damage had been done.

Carson Green and Berryman both went yard for the Warriors in the 12-run two-inning explosion.

Saturday saw the Warriors pound out 17 hits in the 11-4 victory over Yakima Valley in the opener.

The Warriors scored in deuces with two in the second, third, fourth, fifth and seventh to back the seven-hit pitching of starter Michael Peterson, and reliever, former Wa-H star, Turner Edwards.

Peterson ran into trouble in the seventh.

Peterson took an 8-1 lead to the seventh, but Edwards bailed out the Warriors as Yakima only got three back in the seventh.

In the regular season finale, Brayde Hirai limited Yakima to only three runs over the first seven innings.

The Warriors used a five-run third to lead 7-3 after seven.

The Warriors had to call on the bullpen in the eighth.

Yakima put six runs on the board in the eighth as the Warriors used four pitchers before Edwards nailed down the final out, but the damage was done as Yakima took a 9-8 lead.