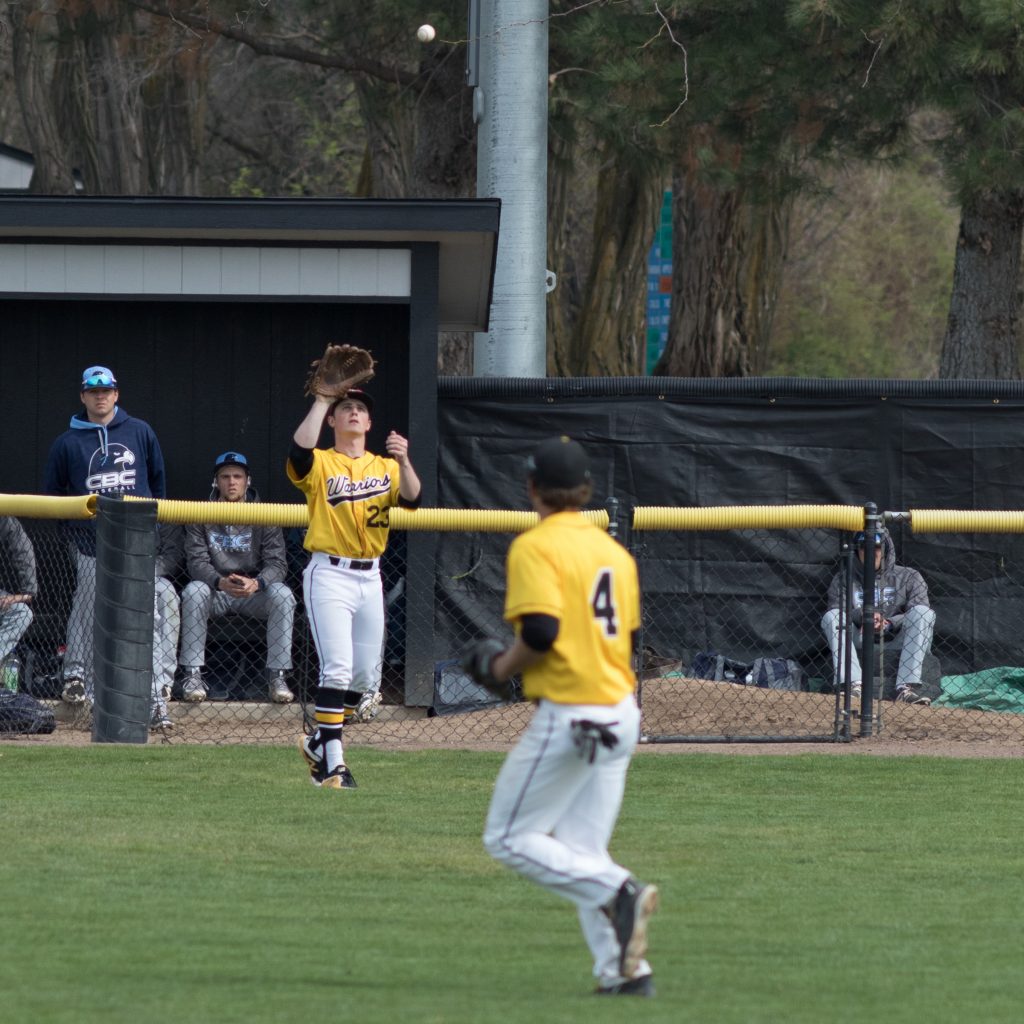 It took 14 innings to finally determine a winner as the Hawks came out on top 9-7 in the first game after scoring two runs in the top of the 14th.

With the Hawks sitting on a 7-1 lead heading into the bottom of the eighth, the Warriors finally got their big inning by scoring four runs, all from walks with the bases loaded and cut the lead down to within two points.

In the ninth inning with one out and two runners on, Kobe Morris hit an RBI single to bring in Danny Robinson, and then two batters later, Zach Berryman brought in Chad Martin with an RBI single to tie up the game at 7-7.

As the two teams battled to the top of the 14th inning, the Hawks finally broke the tie when Braden Childs scored Ryan Dearing with an RBI single.

After a Connor Kiffer double that moved Childs to third, Adrian Crain hit a sacrifice fly out to center that brought in Childs to make the score 9-7.

The Warriors were unable to answer back those runs in the bottom half of the 14th and would fall short in the end.

Carson Green led the Warriors by going 3-for-6 with a double and a RBI.

Sebastian Elu started the game pitching for the Warriors, but struggled as he gave up seven hits, including a home run and five earned runs.

The second game took 10 innings to crown a winner.

The Warriors got the scoring started off in the fourth inning after Elliot Marks brought in Kobe Morris on a sacrifice fly after Morris doubled then advanced to third on a passed ball.

The Hawks got that run back and tied it up going into the bottom of the fifth when the Warriors tallied five runs including a three run home run by Carson Greento bring the score to 6-1.

After a three-run inning by the Hawks they would cut the lead down to two.

The Warriors were able to tack on one more run in the seventh to push the lead to 7-4.

But the Hawks would not go down easy as they scored three runs in the ninth to tie it up 7-7 after a couple Warrior miscues.

In the bottom of the 10th with one out, Brandon Wagstaff forced a walk and then a Coby Roberts moved Wagstaff to third.

The next batter Blake Loftus was intentionally walked to put the bases loaded and then Wagstaff would score the winning run off of a wild pitch to give the Warriors a 8-7 victory.

The Warriors, now 5-17 overall and 3-5 in NWAC play, will host another NWAC double header against Treasure Valley on Wednesday. First game starts at 1 p.m.