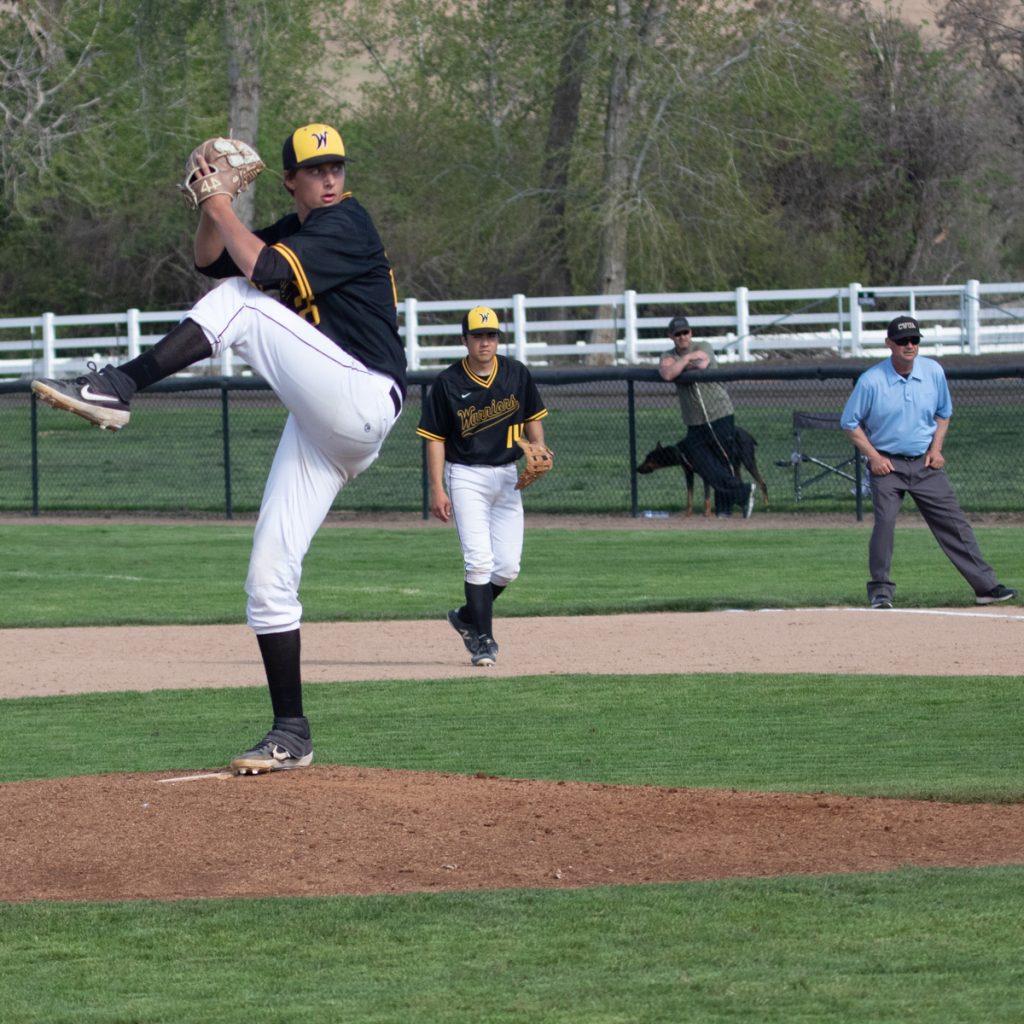 SPOKANE — A couple of insurance runs for WWCC in the top of the ninth, increasing the Warrior lead to 9-6, turned out to save the day.

WWCC held off a late comeback by first-place Spokane, and came away with a 9-7 win that salvaged a split of their NWAC East Region baseball doubleheader here on Wednesday.

Danny Robinson finished the day with a home run, a triple, a single, three walks and two runs batted in for WWCC (11-19 overall, 9-7 in the East), while teammate Carson Green ended up 3-for-10. Blake Loftus had three RBIs.

The Warriors will next play at third-place Columbia Basin on Saturday in a twin bill starting at 1 p.m.

Spokane took the first game here by stringing together nine unanswered runs over the second, third and fourth innings.

Trace Ogata assumed WWCC pitching duties in the fifth with a 10-4 deficit, but helped keep them in it somewhat as he closed the opener with four scoreless innings of relief.

However, the Spokane bullpen limited WWCC to only single runs in the fifth, sixth and ninth.

The loss ended a five-game winning streak for WWCC.

Spokane then had a 6-3 lead after six innings of the second game, but the top of the seventh saw Blake Loftus and Brandon Wagstaff combine to drive in four runs for WWCC on back-to-back hits.

The Warriors took the 7-6 lead into the ninth inning, Lane Hailey and Coby Roberts each then added a run-scoring hit, and WWCC wound up needed them to come away with the win.

Spokane would close to within 9-7 before WWCC could record the final out.