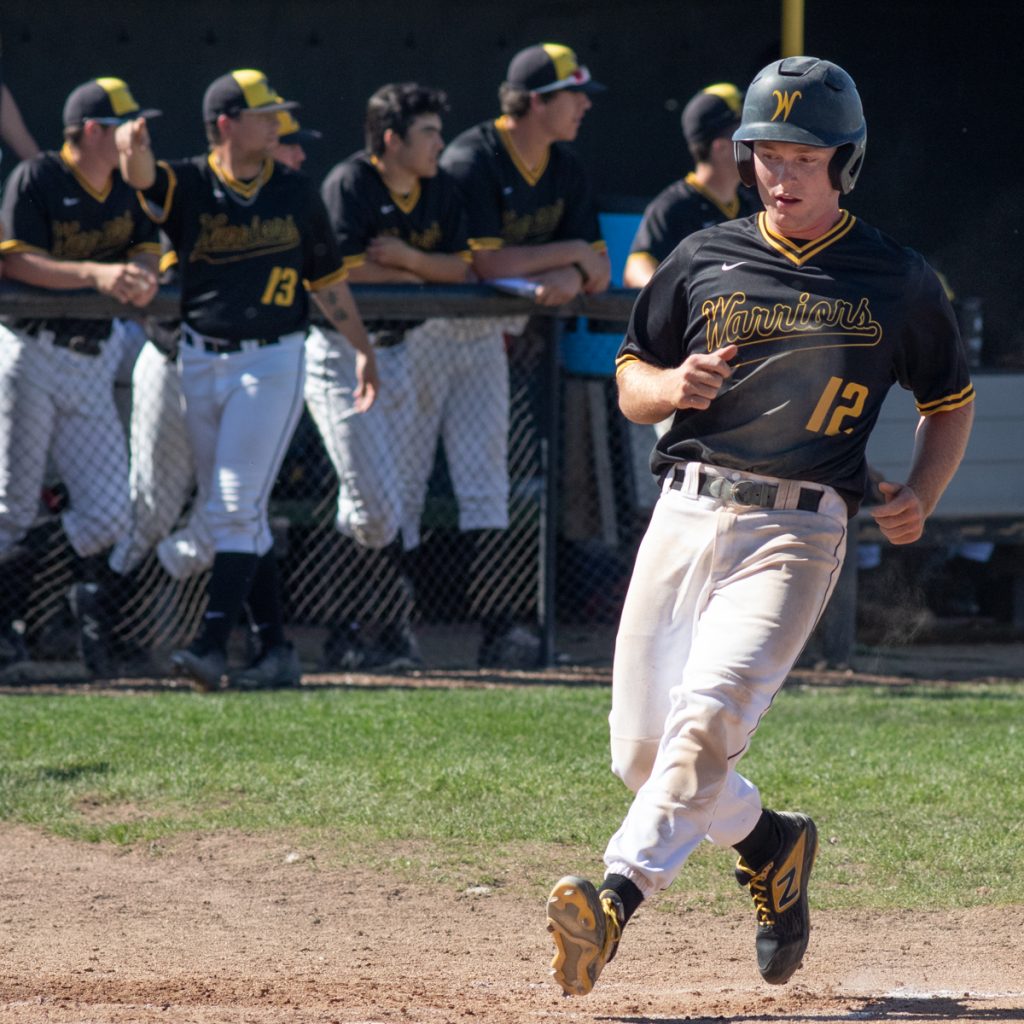 PASCO — Brandon Wagstaff tripled home the tying and go-ahead runs for WWCC with two outs in the top of the ninth inning, and then added a little insurance when he scored on a passed ball.

The Warriors wound up needing that extra cushion as Columbia Basin would came back to score a run before WWCC could wrap up its 14-13 victory for a split of their NWAC baseball doubleheader here on Saturday.

The Warriors (12-20 overall, 10-8 in the East) finished the day still trailing fourth-place CBC in the regional standings.

WWCC will next play at last-place Wenatchee Valley on Wednesday in a twin bill starting at 1 p.m.

The Warriors found themselves in a 5-0 hole after only two innings here before they put together a late rally in the first game.

WWCC broke its scoring drought in the top of the six inning with help from a fielding error, and after CBC answered with a home run in the bottom of the seventh, Wagstaff singled home Blake Loftus to make it a 6-2 game.

Down to the ninth inning, WWCC made one last stab.

Coby Roberts singled home Danny Robinson to get them within 6-3.

Then a passed ball with two down scored Kobe Morris and sent Roberts to third base with the potential tying at bat, but CBC escaped with a stikeout.

WWCC came back in the second game to take an 8-0 lead into the bottom of the third inning, but CBC refused to back down.

The Warriors took a 10-5 lead into the sixth inning, but CBC would hold them scoreless while turning the game around with three runs in the bottom of the sixth and four more in the eight.

WWCC faced a 12-10 deficit in the top of the ninth inning when Caleb Ephan worked a one-out walk to spark another late bid.

A groundout left WWCC with nothing left to give, but Carson Green was hit by pitch to keep things going, and Loftus singled home Ephan to make it a 12-11 game.

Wagstaff followed with his clutch hit, but his scrappy base running proved the difference.