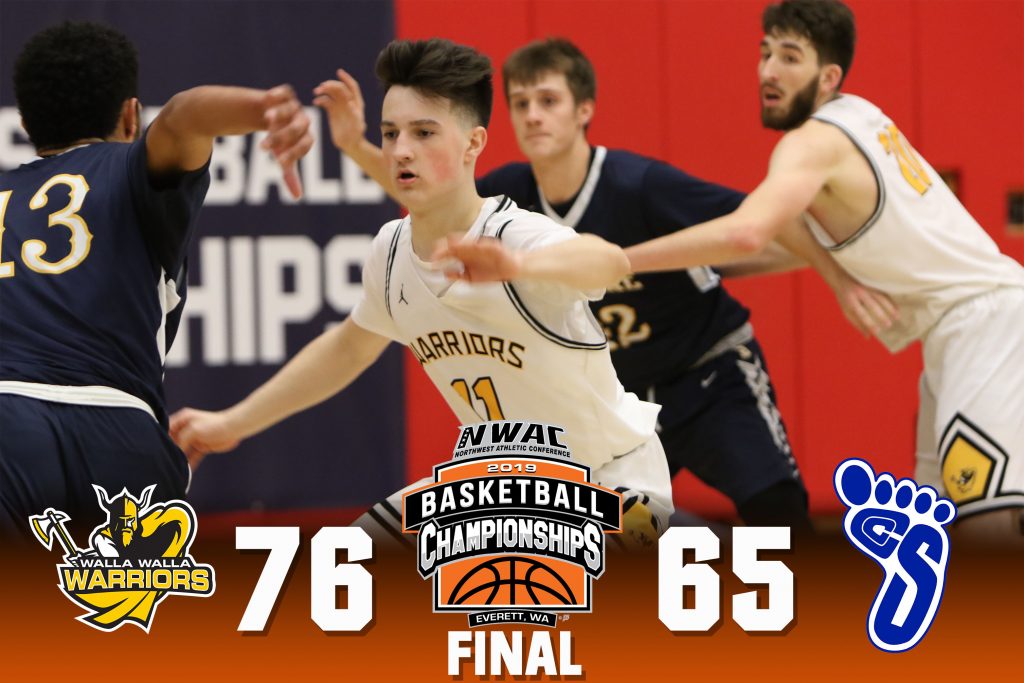 The Warriors, now 22-10 on the season, will play defending NWAC and Eastern Region regular-season champion North Idaho today at 4:45 p.m. for the tournament crown. The Cardinals beat Lane, 85-78, in Saturday’s first semifinal game.

“They’re obviously the big favorite so we’re just gonna have fun with it, give it our best shot and see where that takes us,” Warriors coach Jeff Reinland said.

The Walla Walla-Spokane tally was tied on six occasions through the first 11 minutes and change of the initial half. The latter time was at 18-18.

Thacker and David Howard scored 10 points apiece in the opening half to pace WWCC.

Spokane got no closer than six the rest of the way.

“Damen had a big game and made a lot of big buckets for us, but really we had so many guys step up,” Reinland said. “There was Dillon Young coming off the bench to do a really good job defending one of their post players, Jake Costello making three really big driving buckets late in the game, and Kyler Villareal hitting some really big threes for us. But for the most part, we were not shooting the ball real well,” Reinland said. “It is our defense that was really good the whole game. That’s really how we got the win.”

Today’s appearance in the championship game will be the second for the WWCC program in three seasons. The Warriors won the title in 2017 and reached the quarterfinals last season.