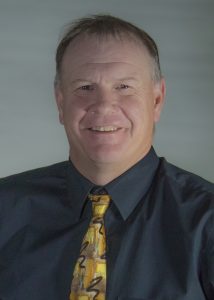 Coach Jeff Reinland came to Walla Walla Community College as the Head Men’s Basketball Coach in 1993 after spending eight seasons as a head coach at the high school level. Prior to his stint at Walla Walla Community College Coach Reinland spent four years as the head coach at Cascade High School in Leavenworth, WA where he turned around a struggling program and guided Cascade to the schools’ first ever state tournament appearance in the 1988-89 season. In 1989 Coach Reinland moved on to Kelso High School in Kelso, WA where he took over a program that had not seen a winning season in seventeen years. Four years later he led the Highlanders to a District Championship and a 4A State Tournament birth, culminating the 1992-93 season with a 21-4 record. At the conclusion of the 1992-93 season Coach Reinland was named the Greater St. Helens League Coach of the Year, as well as the Southwestern Washington Media Outlets Coach of the Year.

Since Reinland’s return to WWCC as the Head Men’s Basketball Coach in 1993 twenty-eight seasons have gone by, as he is now entering his 29th year as the Warriors head coach. This 29 year stint is the longest of any Head Men’s Basketball Coach in WWCC history. Coach Reinland’s twenty-nine year career at the Men’s Basketball helm has seen many highlights. His 450 wins ranks as the highest of any men’s basketball coach in school history, and in his twenty-eight seasons as the Warriors’ head coach his teams have qualified for the NWAC Tournament sixteen times. Reinland’s WWCC teams have reached the NWAC Tournament’s Final Four six times, and his teams have placed in the NWAC Tournament Elite 8 or better eleven times. Reinland’s Warriors won the East Region titles in 2006-07, 2009-2010, and 2017-18, and in all of those seasons he was named East Region Coach of the Year. In 2016-17, Coach Reinland’s team took home the NWAC Championship Trophy, and East Region and NWAC Coaches of the year. His 2006-2007 team’s regular season record of 23-4 is the best regular season overall record in WWCC Men’s Basketball school history, and that team’s final record of 25-6 is the second best of all time in Men’s Basketball at the school as well. In 2018-19 Coach Reinland’s Warriors returned to the NWAC Championship game, bringing home the NWAC Runner-Up Trophy as his team lost to North Idaho College in the final. Since Reinland has taken over the Warrior Men’s Basketball Program he has seen fify-four of his players go on to play at the four-year level. Coach Reinland is currently entering his thirty-seventh season as a Head Men’s Basketball Coach overall; twenty-nine years at Walla Walla Community College and eight years at the high school level prior to coming to Walla Walla.

Coach Reinland and his wife Marti have been married for thirty-seven years, and they have two children, Max 34, and Drew 30.

Case Rada is entering his 3rd year on the Walla Walla men’s basketball coaching staff. In his first season on staff, he helped the 2017 Warriors bring home the NWAC Championship. Case brings a wealth of knowledge and passion to the Warriors program. Prior to coaching at Walla Walla Community College, he spent a season as an assistant coach for the Kamiakin Braves varsitybasketball team. Case is from Burbank Washington and went to Kamiakin High School in Kennewick Washington. During his senior year, Rada was named Big 9 League MVP, 1st team All-state and led Kamiakin to a 3rd place finish in the state playoffs. Upon graduating from Kamiakin, Case played one year at Walla Walla Community College, where he led the NWAC Conference in scoring at 24.0 PPG and was selected to the 1st team east region. After his year at Walla Walla Community College he signed with the Sacramento State Hornets. Case finished his college and playing career at Eastern Oregon University. During his senior year Rada averaged 16 PPG while leading Eastern Oregon to the playoffs. Case graduated from Eastern Oregon University with a B.A. Communication and has recently obtained his Master’s in Education from Grand Canyon University. Case is currently teaching physical education, weightlifting and health and College Place High School in College Place Washington. Case is currently the 2nd best golfer in the Warriors program and has coach Reinland concerned about his stronghold as best golfer on the WWCC staff. Case and his lovely wife Carley have been married for two years and share two kids Cade (5) and Callyn (1) together.