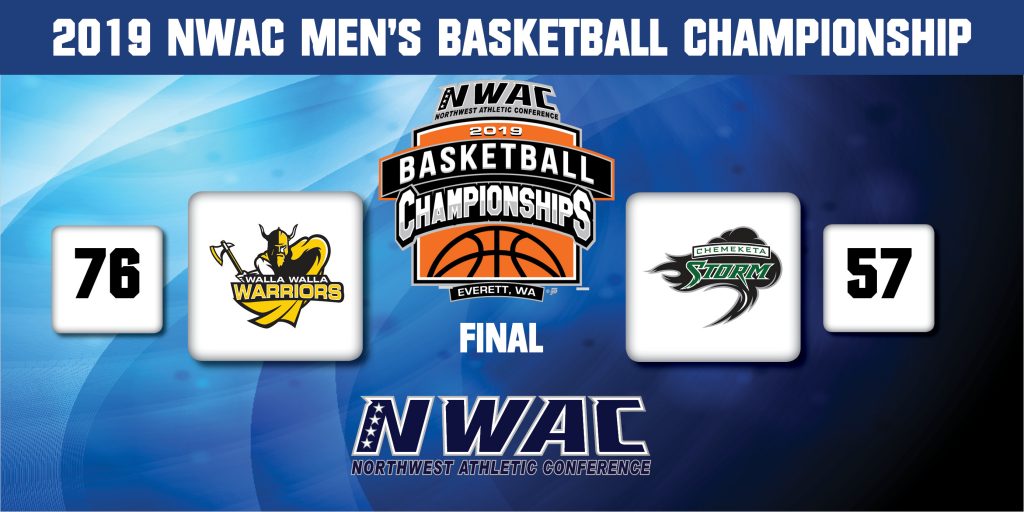 In the final game of the night, the Chemeketa Storm #3 seed from the south took on the #2 seed from the East, the Walla Walla Warriors.  The Warriors defeated the Storm 76-57.

After a slow start by both teams the Warriors picked up their shooting to lead 39-28 at the half, as they shot 48% from the floor and 50% from beyond the three point line.  Chemeketa had 10 second chance points, using 10 offensive rebounds to their advantage. In the first half, the Warriors were led by Damien Thacker and Jake Albright each with 11 points.  Dalton Renne led the Storm with 7 points.

To start the second half, the Warriors gradually built their lead as the inside outside duo of Thacker and Albright began to take over the game.  Thacker scored 24 of his 35 points in the second half to go along with his 9 rebounds.  Albright had a double double with 17 points and 12 rebounds.  Brennen McNabb had 13 points and Dalton Renne with 11 points.