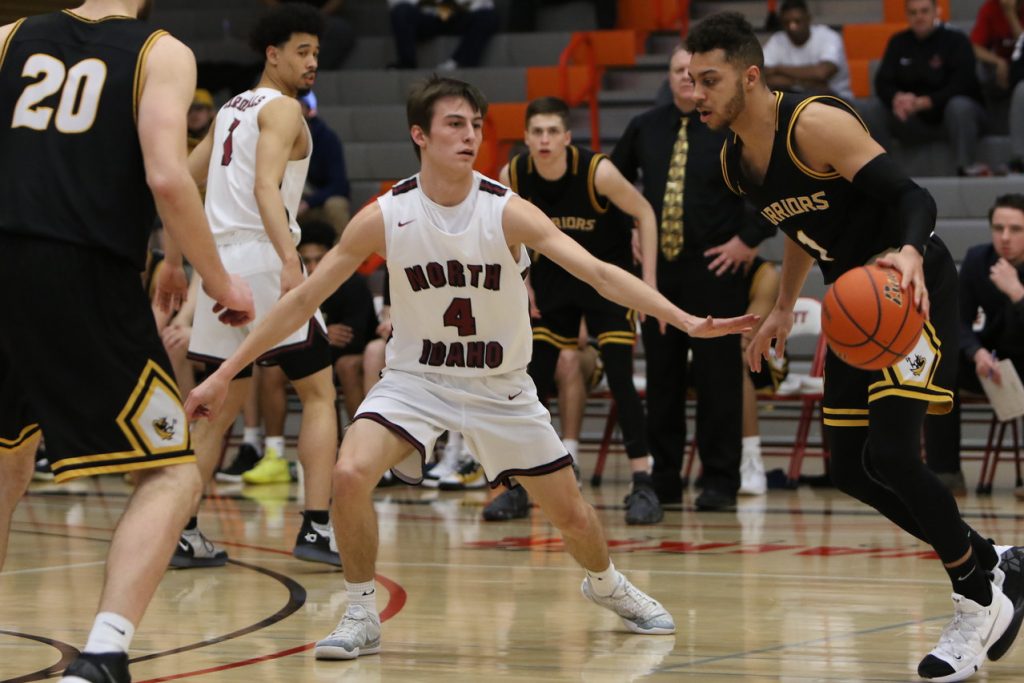 By Nick Vitalis for NWAC

Sophomores guard RaeQuan Evans and forward Alophonso Anderson dominated the game for the Cardinals, each spotting 32 points for the game.

Evans also added six assists and claimed the tournament MVP award for the second year in a row.

The two teams couldn’t have played more opposing styles of basketball. North Idaho had more size across the floor than Walla Walla, using physical basketball to dominate down in the paint. Their high-energy defense used constant double teams and swarmed the ball.

“We know we can score, we just want to sit down and [play defense]. If we do, we know teams can’t keep up with us,” Symons said.

“It’s a lot of conditioning. It’s a lot of those 6 am runs that they hated in the beginning, but they can see it pay off now [at the end of games].”

The Warriors, meanwhile, spread the ball to their sharpshooters. Seven different players scored from behind the arc for Walla Walla.

They started hot, knocking down three-pointer after three-pointer, racking up a total of nine in the first half, and jumped out to an early 11-4 lead. From there on, it was a back-and-forth, neither team gaining separation until the last six minutes of the half.

It was a lead they never let go, as they kept their foot on the gas pedal after halftime.

“We emphasize the first five minute every time. We knew we had to come out early and punch them in the mouth,” Evans said.

By midway through the second half, Anderson’s emphatic slam dunk put them up by 20, as he hung from the rim to the delight of the strong contingent of North Idaho fans.

Walla Walla’s shooters fell cold in the second half, making just 29 percent of their FG attempts, including 24 percent from behind the arc as the physical, constant defense from North Idaho wore them down.

A highlight was a no-look behind-the-back pass in the paint from freshman guard Phillip Malatare to sophomore small forward Jarod Greene, who slammed home a dunk with just under seven minutes left to pay.

North Idaho continued to pull away, before taking out their starters one-by-one to thunderous applause.

Evans said the most rewarding part of the victory for him was seeing his teammate’s joy.

“A lot of these guys don’t have rings. To see them as happy as they are to win it, it feels great,” Evans said.