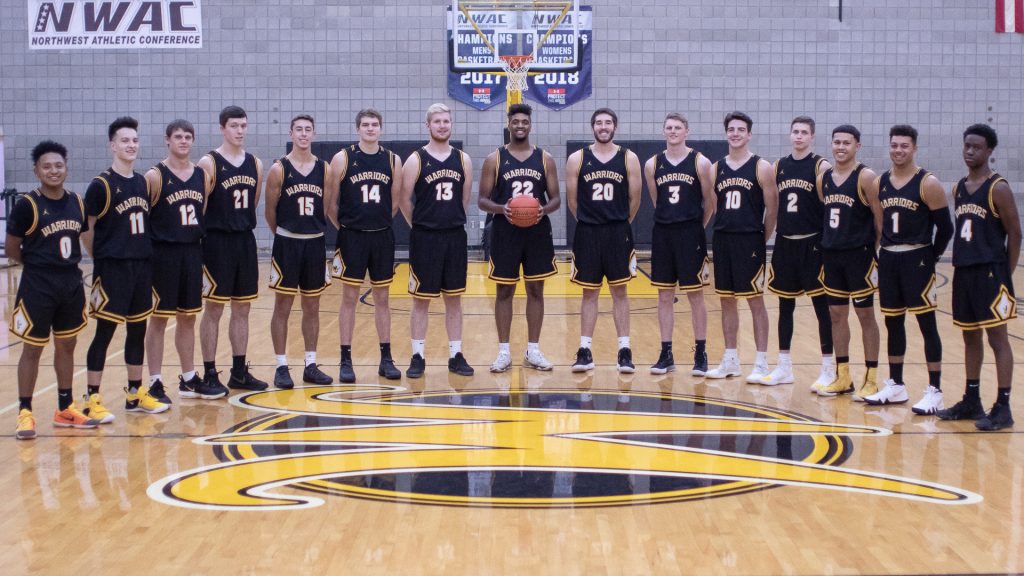 But Reinland, who begins his 26th season as WWCC’s head coach Friday night when the Warriors entertain the Fairchild Air Force Base in the Dietrich Dome, doesn’t see it that way.

“My expectation is to play as well as we can and win as many games as we can,” Reinland said. “Just be as good as we can be and that will take us where it will take us.

“Of course the goal is to win the league, but there are other good teams in the conference and I respect that. People who know me know my goals are simple, and that is to try and win every game.”

Two seasons ago the Warriors finished third in the Eastern Region standings and then got hot in the tournament by winning four consecutive games, culminating with a rousing 93-75 romp past Tacoma in the championship game. They finished 24-8 overall.

That success seemed to carry over into the 2017-18 season as Walla Walla rolled to a 22-7 regular-season record and won the East with a 12-4 mark. But after eking out an 84-80 victory over Centralia in the first round of the tournament, the Warriors were eliminated by Linn-Benton 84-75 in the second.

On paper the Warriors appear to be entering a major rebuilding year, even though there are three returning starters among the four sophomores on this year’s roster.

They lost leading scorer Landon Radliff, who was fifth in the entire NWAC with a 21.8 average, to graduation. And freshman Marcus McKone, who was averaging 15.3 points a game before a knee injury shelved him midway through the league season, still hasn’t fully recovered and won’t play this season.

Damen Thacker, a 6-foot-1 guard, scored at a 16.1 clip as a freshman and will be counted on to be the offensive leader this season. Jake Albright, a 6-6 post who contributed close to eight points and eight rebounds, also returns for his sophomore campaign.

Jared Anderson, a 6-5 forward, is the third returning starter. But Anderson, who is known more as a defender and rebounder than for his offense, didn’t break into the starting lineup until sophomore Kendall Watson was dismissed from the team late in the year for breaking team rules.

“Damen is a very talented guy who was first-team all league last year,” Reinland said of Thacker. “He has improved his shooting from a year ago and we will be counting on him quite a bit, so I hope he’s ready.

“Jake’s also improved a lot and we are expecting a lot from him,” the coach said of Albright. “He has a great feel for the game and he is a great passer out of the post. But sometimes he passes up a three-footer to hit one of our guys for a 3, so he’s probably been too unselfish would by my take.

“Jared is a hard-working kid who is our overall best defender and a very good rebounder,” Reinland said in assessing Anderson. “His weakness is his offense. We’re trying to get him more consistent, but there are so many intangibles that it is hard to keep him out of the lineup.”

Smith is in the hunt for a starting slot at a wing position that is clearly the deepest position on the team, Reinland said.

“Forrest can shoot the ball, and he’s been with us for three years and knows the system well,” Reinland said. “He’s been a pleasant surprise so far and is one of the players in our program who wants it the most.”

Four of the freshmen on this year’s roster are Idaho redshirts who were with the team last year. They are guard Keeshawn Clarke (5-10) out of Lewiston, guard Leonel Gallegos (6-2) of Caldwell, forward Patrick Chmelik (6-4) from Prairie High in Cottonwood and center Wyatt Hardin (6-7) who prepped at Kendrick High in Deary.

Hardin, who missed last season because of a broken foot, and Clarke appear to be likely contributors and Gallegos, now in his third year at WWCC, figures to see some playing time. Chmelik’s status is uncertain due to a recent knee injury.

“Wyatt’s a big kid, probably 240 pounds, and at this point he is the backup in the post behind Albright,” Reinland said of Hardin. “He would have played last year had he not gotten hurt, and he’s a good addition to the program.

“Keeshawn Clarke is a tough little guy and a good backup for Damen at the point. He’s a scrappy kid and in very good shape, and I have no problem putting him in the game.

“Gallegos is aways down on the depth chart, but he’s a solid kid and a good kid to have around. Talentwise he’s not as good as some of the others, but he will play for us this year.”

“He comes in here with two years of eligibility,” Reinland said of Yates. “He’s a big kid, a five-man all the way and in the group that is going to back up Albright.”

Howard, Costello and Villarreal are all battling Smith for a place in the starting lineup at the wing positions, Reinland pointed out.

“We are very deep on the wing,” the coach said. “We have four pretty good ones and there’s a chance two of those four will start. It wouldn’t surprise me one bit if by the end of the year three of the four are in there, because we have some really talented freshmen.”

“Howard can shoot the ball and should provide some of the scoring we are going to need,” Reinland said. “Costello is a good offensive player as well and quite a bit better defender. And Villarreal is a raw athlete who can score the ball, leaps really well and could be a fourth guard for us if decide to go that way.”

“He’s a tricky little point guard who is very, very quick and a good defender,” Reinland said. “He can really motor and is probably our quickest player, but he needs to improve his offense.”

Young is challenge Anderson for a starting spot at forward, Reinland said, and Clark is right behind him.

“Dillon can shoot the ball a little bit better than Jared, but he doesn’t have his overall game,” Reinland said in comparing Young to Anderson. “But he is a long kid who can shoot and can also play the five, so he will definitely play for us.

“And Clark is really athletic and plays super, super hard. He has great energy and I like what I see from him so far.”

This year’s team fits in nicely with past Warriors teams, Reinland suggested.

“I think, honestly, all 26 of my teams have been comparable,” he said. “Some years we’ve had great guards, but we also had a run of pretty good post players. But talentwise there’s not been a whole bunch of difference.

“It’s the little intangibles that make the difference,” he added. “Like our team that won it all. We just jelled at the right time.”