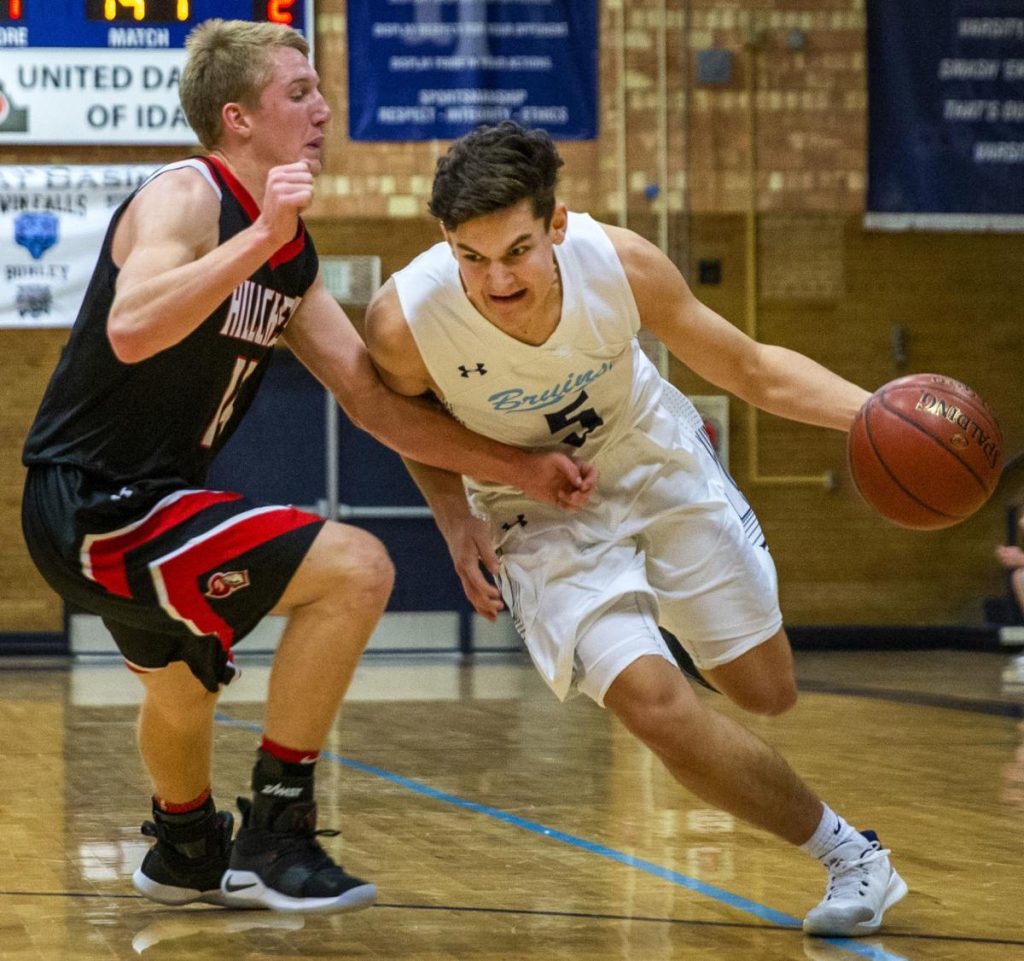 Mitchell Brizee, a power forward for the Twin Falls Bruins, will play basketball in the fall for Weber State University, an NCAA Division I member of the Big Sky Conference in Ogden, Utah, while Bruin guard Faust Ystueta will play for Walla Walla Community College in Walla Walla, Wash.

It seemed appropriate that Brizee and Ystueta shared the limelight Thursday.

“Mitchell and I have spent hours in the gym working together to get to this point,” said Ystueta, who plans to transfer to a four-year school after graduating from Walla Walla, which is in the Northwest Athletic Conference.
The two have been friends since Ystueta moved with his family five years ago from New York to Twin Falls. Both attended Vera C. O’Leary Middle School.
The Bruin varsity basketball team “is a well-built machine,” the 6-foot-3 Ystueta told the Times-News, crediting his coaches from the junior varsity level on.

He came out of his freshman year with a 4.0 GPA, but had an accident that summer that kept him in the hospital or in various surgeries during most of his sophomore year. His cumulative GPA is now 3.66, he said.

“It was a lot of work to get back in the swing of things,” Ystueta said.