Warrior men win one, tie one 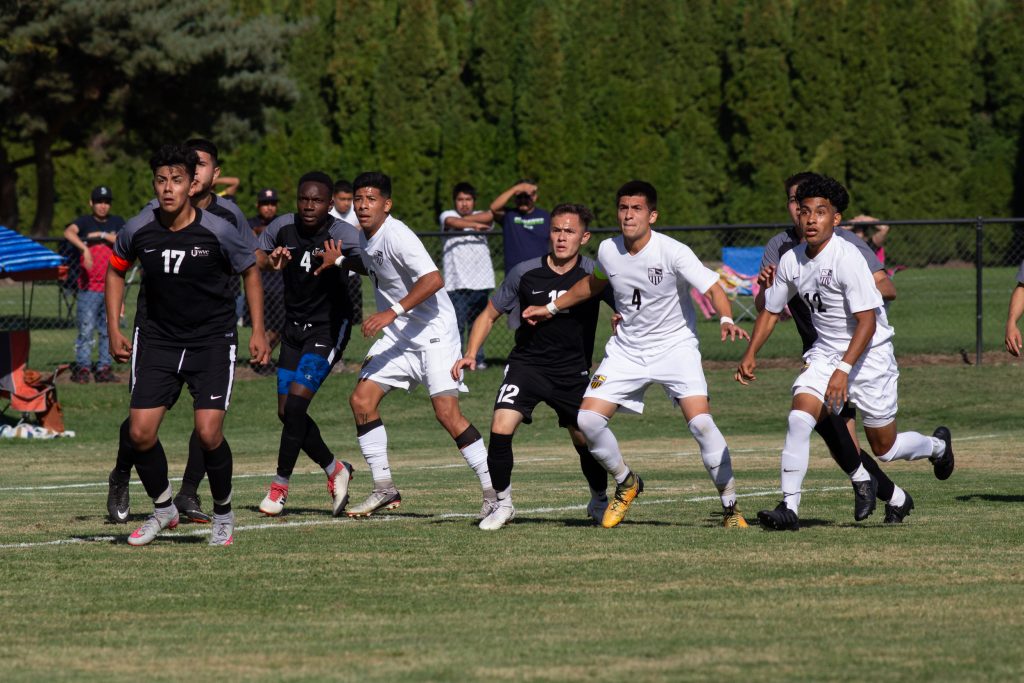 The Warriors grabbed the lead Saturday behind a Jose Peralta goal in the 39th minute. The Warriors took that lead to the locker room at the half and held off the Ospreys till the last six minutes. Luis Cerna broke through in the 84th minute to tie the contest at 1-1.

The Warriors out shot the Ospreys 17-12 but couldn’t find that second goal. Antonio Campos, in net for the Warriors, posted six saves.

In Friday action, Peralta broke through early, in the 10th minute, and the Warriors went to intermission up 1-0. Nobody scored in the first 26 minutes of the second half. The Warriors’ Quinchy Castillo, off an assist from Erick Perez, gave the Warriors some breathing room in the 72nd minute with a goal to run the score to 2-0.

Four minutes later, Hector Pena ended the days scoring with a goal to ice the 3-0 Warrior win. The Warriors out shot Pierce 16-3, and Campos, between the pipes for the Warriors, recorded the shutout with two saves.

The Warriors, 2-1-1 on the young season, host South Puget Sound Tuesday with kickoff scheduled for 4:15 p.m.