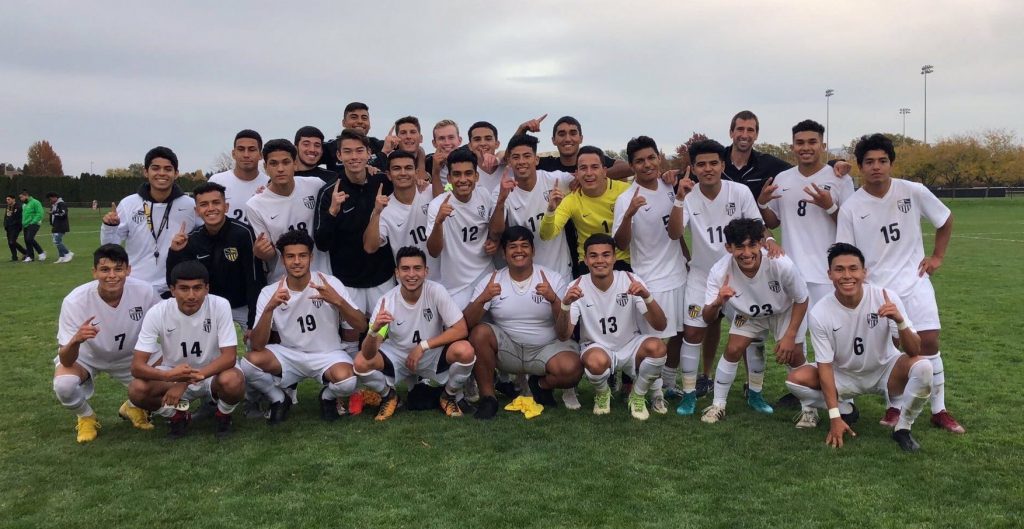 Wa-Hi graduate Edwin Romero capped a torrid shootout with his eighth goal of the year for Walla Walla Community College, tying things up with Columbia Basin at 2-2 in the 18th minute.

All of the scoring had started only seven minutes earlier, but after the Romero goal, neither team would again find the back of the net.

The final WWCC men’s soccer match of the regular season ended as a 2-2 tie here on Wednesday — each team receiving one point in the regional standings — and the Warriors came away as NWAC East champs.

As East champs, the Warriors (10-2-4 overall, 8-1-3 in the region) earned a bye out of first-round action in the NWAC Championship Tournament. 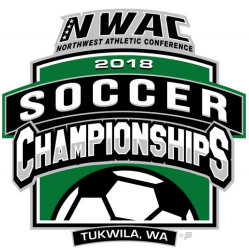 Walla Walla will host a quarterfinal on Nov. 3.

However, WWCC used that one point from its tie — while the Sasquatch lost at North Idaho — to clinch the title.

To salvage the tie, WWCC had to dig itself out of an early hole.

The Warriors would end up out-shooting Columbia Basin, 13-6, but the Hawks jumped ahead in the 11th minute on an own goal against WWCC.

The next seven minutes saw each side take turns scoring.

Eduardo Ramirez tied things up for WWCC at the 13th minute, but Columbia Basin wasted no time answering with Gonzolo Frausto converting a pass from Oscar Cortez to make it a 2-1 game.

About four minutes later, Freddy Rodriguez fed Romero for the last goal of the day.