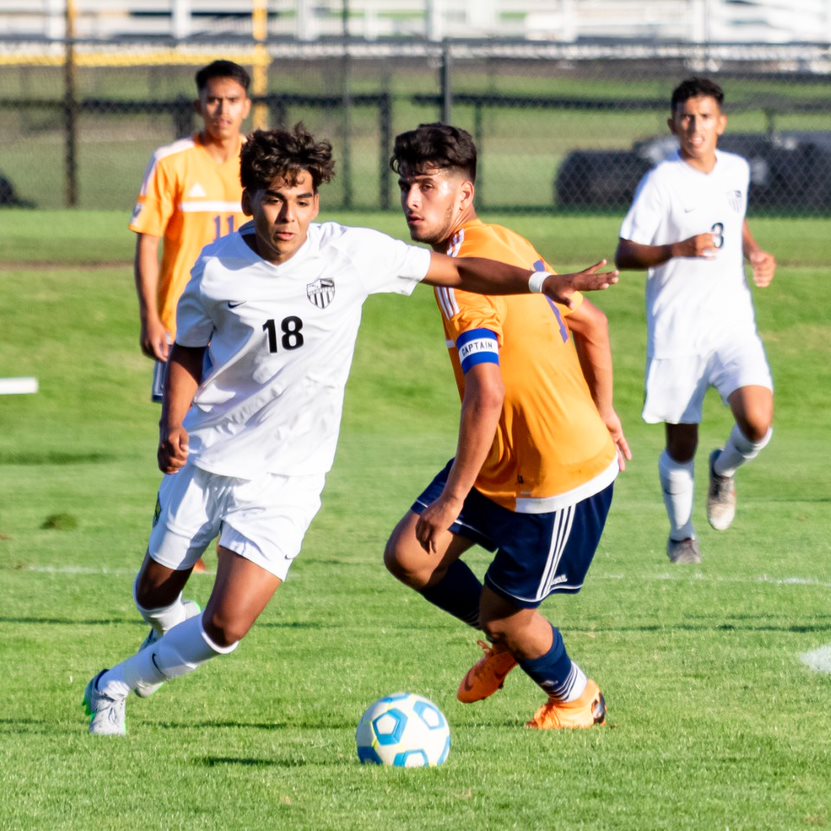 The Walla Walla Community College men’s soccer team rallied out of an early deficit, taking a 2-1 lead shortly after halftime against Treasure Valley in their Northwest Athletic Conference match here on Wednesday.

But the lead disappeared in the 71st minute, and WWCC settled for a 2-2 draw.

Jonathan Martinez scored the first goal for WWCC (3-1-2 overall, 0-0-1 in the East Region), and then assisted Warriors teammate Emilio Leal on the other.

WWCC goalie Antonio Campos made two saves in the draw.

The Warriors next play on Saturday when they host Blue Mountain in another regional match at 2:15 p.m.

Up against another East Region team for the first time this season here on Wednesday, the Warriors saw Treasure Valley take a 1-0 lead in the 27th minute.

With halftime approaching, however, Martinez tied things up off an assist from Wa-Hi alumn Agustin Arceo.

The Warriors struck again early in the second half, as Leal hit the back of the net around the 46th minute.

WWCC protected its lead for most of the second half until Treasure Valley snuck in the tying goal late.