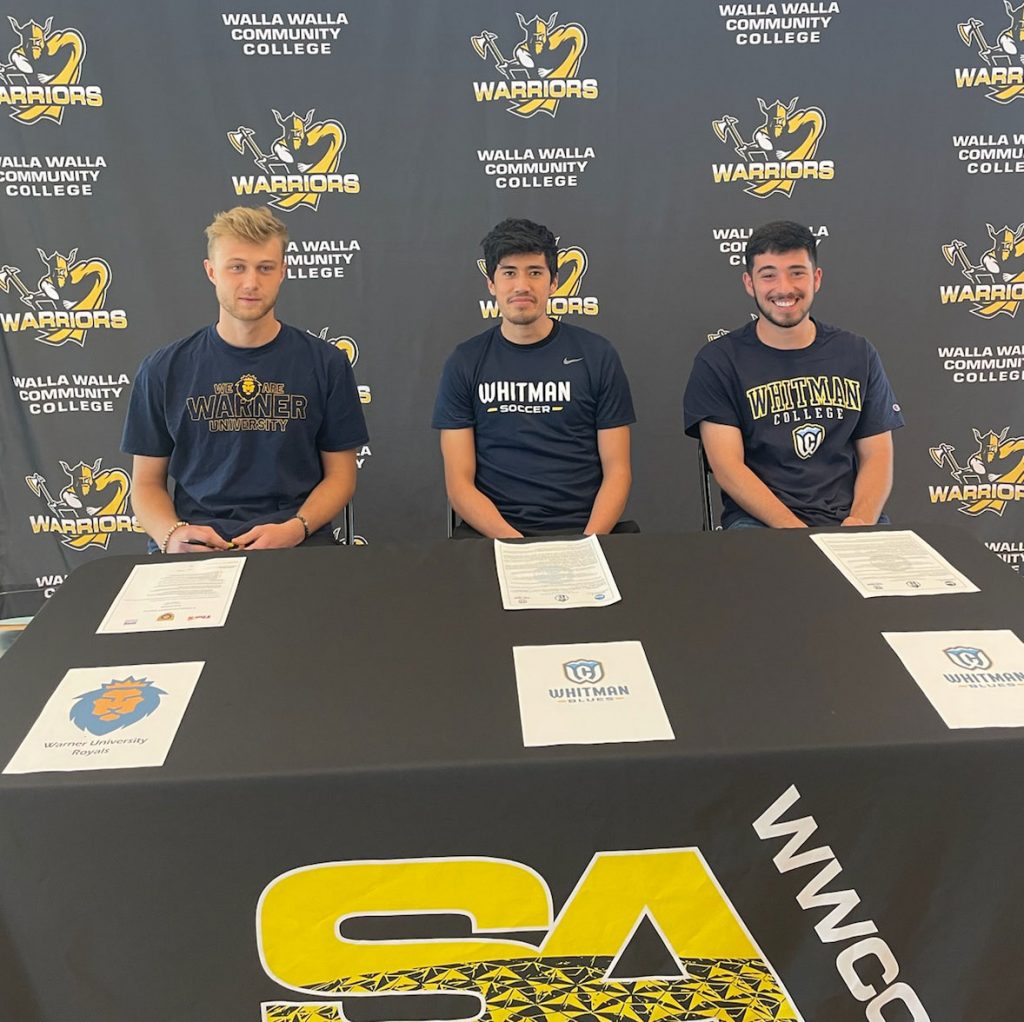 Brendan Gribek signed with Warner University in Lake Wales, Florida. Warner University plays in the NAIA and is a member of The Sun Conference. Brendan Started 12 games in 2021 after transferring in as a sophomore. He was named an NWAC All-Star, lead the East Region in saves and was 4th over all for saves in the NWAC.

Erick Perez also signed with Whitman College in Walla Walla. Erick started 25 of his 28 games played over his two years at Walla Walla Community College. He scored 10 goals and added 3 assists. He served as the team captain during the 2021 season where he was also voted an NWAC All-Star and led the team in goals scored.