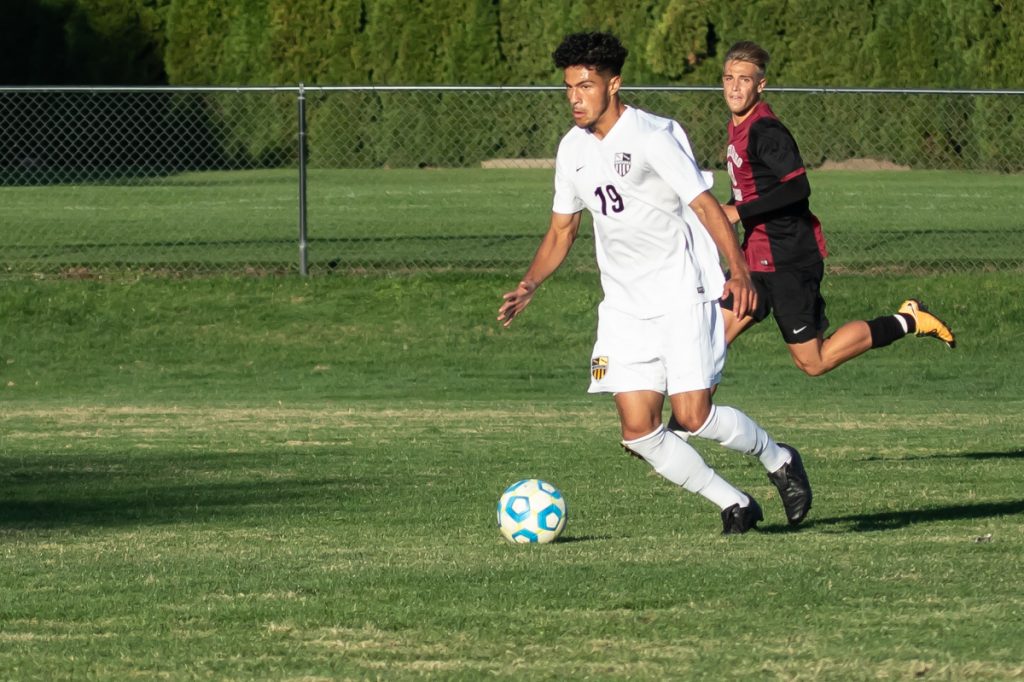 TUKWILA, Wash. — Moises Martinez broke a 3-3 tie in the 86th minute for Walla Walla Community College, netting the game-winner unassisted to lift the Warrior men’s soccer team to a season-opening victory over Southwest Oregon here at the Northwest Athletic Conference Friendlies in the Starfire Sports Complex on Thursday.

Jose Peralta, Ian Reynoso and Quincy Castillo scored the other WWCC goals, all unassisted for a 3-0 lead in the first 63 minutes, but the Warriors needed to overcome a brutal stretch of the second half when their lead vanished.

Southwest Oregon scored its first goal at the 74th minute, added another two minutes later, and then tied things up at 78:00.

The Lakers would end up taking 15 shots on goal, and WWCC goalie Antonio Campos needed to make 12 saves.

WWCC is back in action today against Whitman College in a scrimmage starting at 7 p.m at the Whitman Athletic Fields. They will then host Pierce College and Rogue Community College on Friday and Saturday, respectively. Both game times are scheduled for 2:15pm.