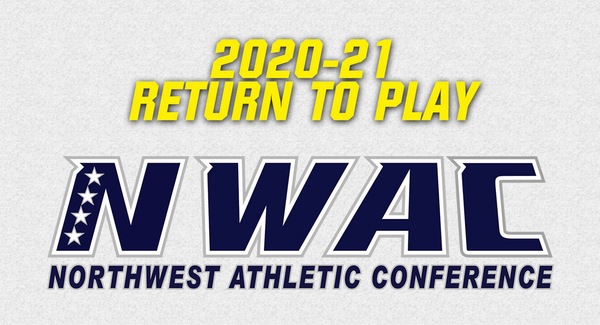 Last week the Northwest Athletic Conference (NWAC) Executive Board agreed that all sports (excluding Cross Country) scheduled to begin winter term will resume competition March 1, 2021. The resumption of competition is dependent on the decision of each member college to participate and on the approval of state and local health authorities.  The start date for Cross Country is February 13, 2021. All competition will end no later than June 15, 2021.   All NWAC Championship contests are canceled.

According to NWAC Executive Director Marco Azurdia, “The Executive Board believes this decision is beneficial to our student-athletes by keeping them engaged, academically and physically. There is no perfect answer to this difficult and challenging situation we face.  But as a conference we wish to support the total development of our student-athletes.”

Competition schedules will be determined regionally by the participating colleges. Beginning January 2, NWAC Return to Play phased protocols will commence.  Opportunities for team activities, practice, training, region competition and regionalized playoff/championship contests will be determined and defined by each region (member institutions), with the approval of each member college president. NWAC return to play health and safety policies and state and local protocols must be followed.

About Northwest Athletic Conference- The NWAC is the athletic governing body of two year colleges in Washington, Oregon, Idaho and British Columbia.  There are 15 men’s and women’s sports and 10 championship events.  Approximately 4,200 student-athletes compete in the NWAC representing a student population of over 395,000.  Many NWAC student-athletes continue their academic an athletic careers at the NAIA-NCAA levels.  The Northwest Athletic Conference promotes the three ideals of Character, Competition, and Community.  NWAC…..more than games.