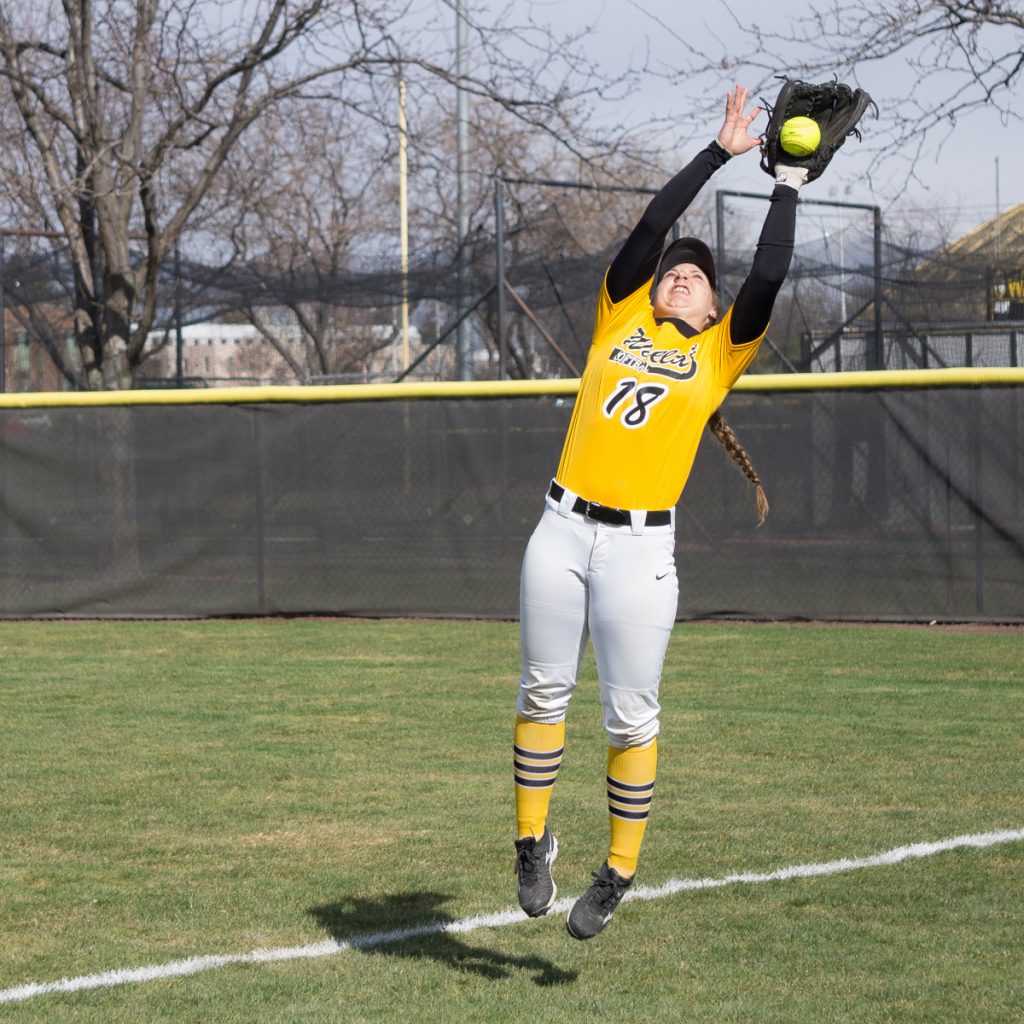 MOSES LAKE — Ashton Buffo homered to break the Walla Walla Community College softball team’s 7-7 tie with Big Bend in the top of the seventh inning, and the Warriors held on for a 8-7 victory in the first game of a Northwest Athletic Conference East Region doubleheader here on Tuesday.

Buffo then drove in three runs with a single and a double in the nightcap, while six teammates took turns teeing off on homers to complete a sweep of the twin bill with a 19-4 win.

Third-place WWCC (21-7, 10-4 in in the East) finished the day with nine homers — three by Hailey Danly, who had two in the nightcap while Kira Haskell, Kylie Hill, Amanda Smith, Abby Giles and Emily Thornton also homered.

The Warriors will take a six-game winning streak into their next matchup, hosting second-place Wenatchee Valley (9-2 in the East) for a doubleheader on Friday starting at noon.

In order to take the opener here on Tuesday, WWCC had to dig itself out of a 7-4 hole after five innings.

Danly did the trick with her first homer of the day, a three-run blast with one out in the top of the sixth inning after Taylor Harrison and Haskell had coaxed back-to-back walks.

With Smith pitching in relief for WWCC, Big Bend went down in order in the home half of the sixth inning and then Buffo put the Warriors on top with her solo shot.

Big Bend tried a last-ditch comeback in the bottom of the seventh inning as Ember Armstrong doubled with one out, but Smith then fielded a pair of comebackers to wrap up the WWCC win.

The Warriors wasted no time flexing their muscles in the nightcap as Haskell homered with one out in the top of the first inning. Before Big Bend could record a third out, Danly and Smith would go deep back-to-back to give WWCC a 4-0 lead.

Big Bend answered with three runs in the home half of the first inning, but WWCC sophomore pitcher Brandi Schoessler (Wa-Hi Class of 2016) bounced back to turn in a strong performance.

The former Blue Devil wound up working all five innings before the game ended due to the mercy rule, and recorded five strikeouts against four runs on six hits and two walks.

After Big Bend had pulled to within 4-3, Hill ripped a three-run homer in the top of the second inning and the Warriors never let up.