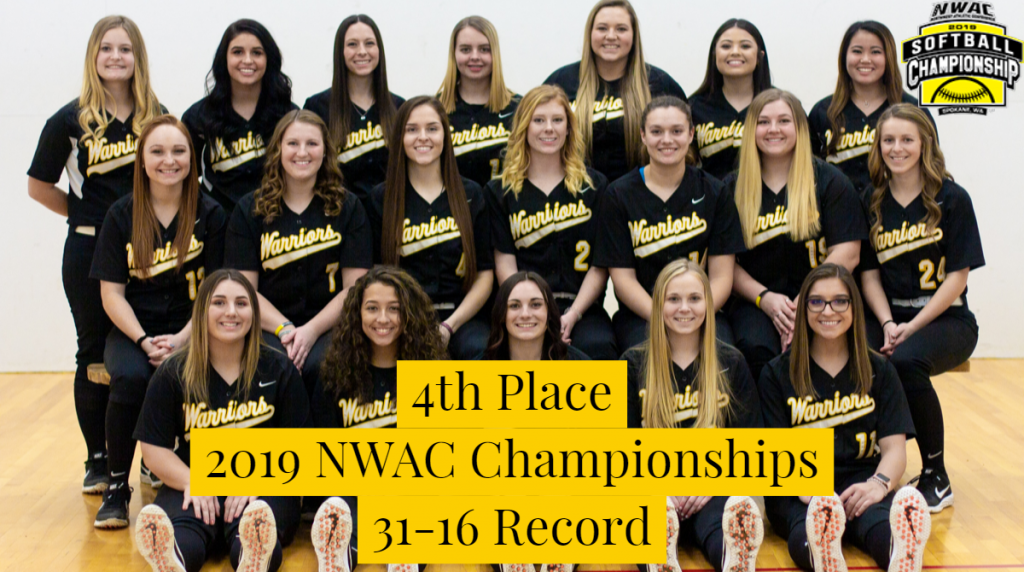 After winning a pair of games Saturday at the Northwest Athletic Conference Championships — 1-0 over Lower Columbia and 11-6 over Bellevue — the Warriors ran into East Region champion North Idaho Sunday morning and suffered a 4-0 defeat.

The Walla Wallans kept their season alive temporarily with an eight-inning 4-3 victory over Centralia in their first loser-out assignment. But an 8-4 elimination-game loss to Douglas, the No. 3 team out of the North Region, sent the Warriors home.

Walla Walla, which finished third behind North Idaho and Big Bend in the East with a 22-10 mark,  ended its season with a 31-16 overall record.

Emilie Sherritt singled and doubled, scored three runs and picked up one RBI. And McKinlee Kaulbach finished with three runs batted in and one run scored.

Brynnan Carpenter had three singles, two RBIs and one run scored for the Warriors. Caitlin Crist and Rhyanne Oates each stroked a double, with Crist driving in a run and Oates scoring.

In the narrow victory over Centralia, a game in which the Trailblazers pushed a run across in the bottom of the seventh inning to knot the score at 3-3, the Warriors’ Crist scored the winning run in the top of the eighth on a base hit by Gabby Beckstrom.

Abby Giles pitched all eight innings for WWCC, allowing six hits and three runs, two of them earned. She issued one walk and struck out five.

North Idaho’s Madi Mott beat the Warriors with her arm and her bat in Sunday’s first game.

Mott pitched a two-hit shutout, issued just one walk and struck out nine Warriors. She also supplied the only run she would need with a solo home run.

Ashlyn Winn singled and drove in two runs for the Cardinals and Emma Profili added an RBI single and also scored.

Ashton Buffo and Giles accounted for WWCC’s only two hits with a single each.