Warriors finish regular season with a split with Wenatchee 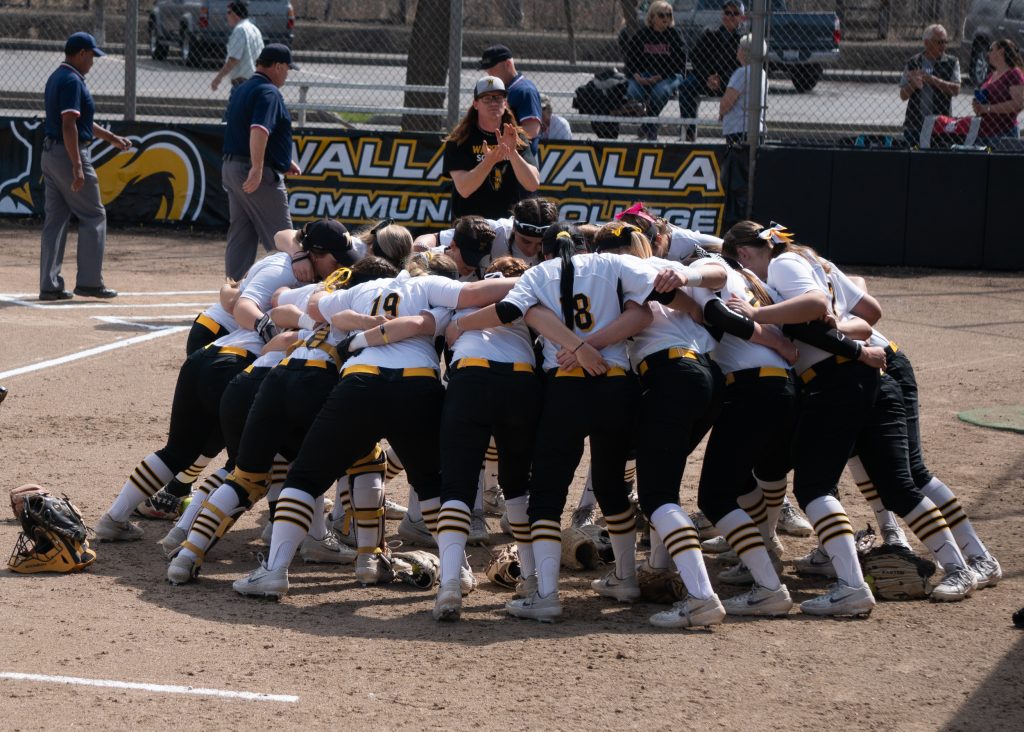 It was not a good day for pitchers here at the Tausick Way softball field Saturday in NWAC East action.

Walla Walla Community College and Wenatchee Valley combined  to lash out 51 hits, including 11 home runs, and score 50 runs as the Knights and Warriors split the East Region doubleheader.

Wenatchee bombed five home runs in game one, used a six-run sixth and held off the Warriors 14-12.

Walla Walla bounced back to gain a split in the second game.

In the opener, Kaileigh Dietrich-Denton got the Warrior bats going early.

Dietrich-Denton slugged a grand slam home run in the Warrior first and Walla Walla took a 5-1 lead after one.

The two teams took turns scoring with the Warriors holding the advantage at 8-6 after five.

The Knights went off for six in the sixth and added two more in the seventh to pull out th 14-12 win.

Kailey Sanford, Rachel Barsness, Kayla Berg, and Sierra Brown, with two, were the home run hitters for the Knights.

Ashton Buffo, and Whitney Chapa joined Dietrich-Denton in the home run circle for the Warriors.

Buffo and Gabby Beckstrom led the Warrior hitters with three each, but it was not enough to overcome Wenatchee’s 15-hit attack.

The Warriors got six runs in the first and the Knights could not slow the Warrior offense in game two.

Walla Walla scored three in the third, three in the fifth, and capped the 16-8 win with a four-spot in the sixth.

Tommy Macdonald and Beckstrom both went yard for the Warriors in the second game victory.

The Warriors improve to 28-14 overall with the split, 22-10 in league play, and finish the regular season third in the East.

They will next play in the NWAC Championship Tournament in Spokane on May 17-20 at a time to be determined.