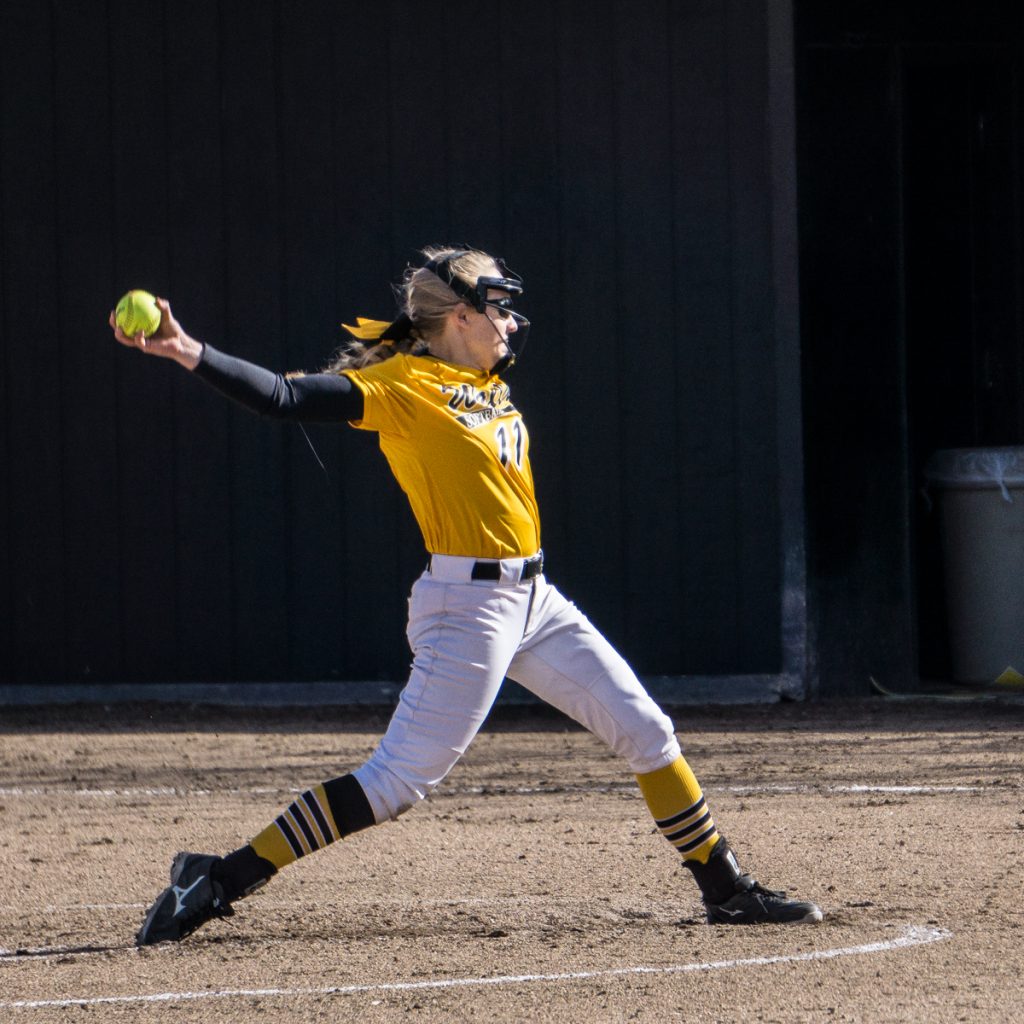 Fresh off a 12-0, 14-1 sweep of Blue Mountain Communtiy College Friday, the Warriors saw Treasure Valley erase a 5-0 deficit and go on to edge WWCC 8-6 here in Saturday’s opener in NWAC East Region softball action. The Warriors bounced back in the nightcap, pounding out 14 hits, and pounding the Chukars 10-0.

The Warriors scored five in the home first of the Saturday opener only to see Treasure Valley tie it with a five-spot of its own in the second. The Chukars took the lead with a run in the third and added two more in the fifth. The Warriors got one back in the fifth, but that was as close as they would get in the 8-6 loss.

Amanda Smith collected three hits, including her ninth home run of the season to lead the Warrior offense. Kylie Hill and Haily Danly added two hits to the Warrior attack.

Brandi Schoessler righted the Warrior ship in Saturday’s nightcap. Schoessler, in the circle for the Warriors, tossed a five inning, two-hit, four strikeout shut out. The Warrior bats responded with a six run fourth to put this one away.

Smith went yard twice for the Warriors. Hill, Danly and Schoessler added two hits each to the Warrior victory.

Friday went well for the Warriors. WWCC scored four in the first against the Timberwolves in Friday’s opener and turned it over to starting pitcher Rachel Collins. Collins threw a five-inning no-hit shut out while striking out 11. Collins got home run support from Hill, Danly, and Abby Giles.

The second game was more of the same. The Warriors plated 12 in the fourth to once again end this one early. The Timberwolves did manage to score and did manage two hits, but it was not enough as the Warriors completed the doubleheader sweep with the 14-1 win.

Brynnan Carpenter came off the Warrior bench to cap the 12-run fourth with a three-run home run.

The weekend improves the Warriors to 3-3 in the East Region. WWCC travels to Yakima for a NWAC East Region battle with the Yaks Friday.

Curry and Henley; Collins and Levien.