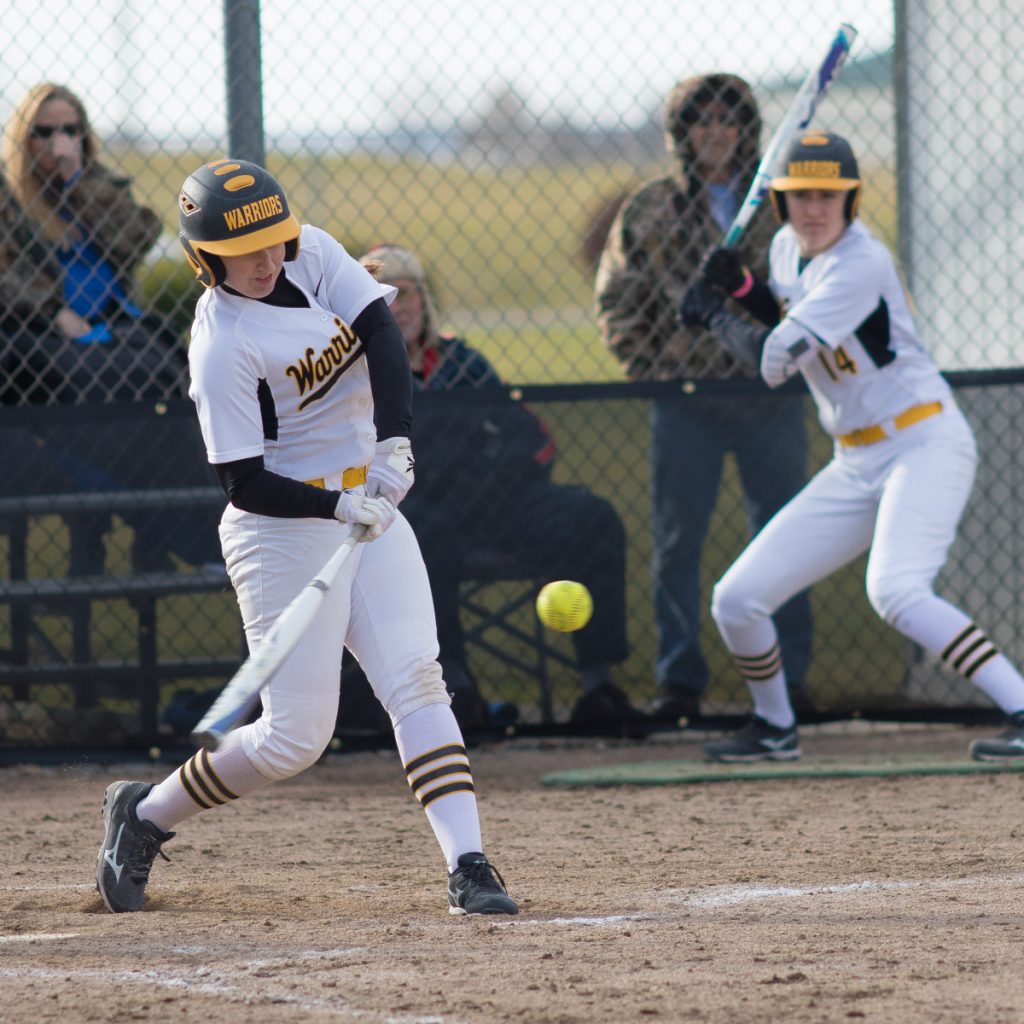 The Warriors, coming off a pair of Northwest Athletic Conference East Region losses at North Idaho on Monday, tamed the Sasquatch 12-2 in the first game Tuesday.

But Spokane recovered and defeated Walla Walla 11-3 in the nightcap.

Tuesday’s split left the Walla Wallans with a 3-5 record in the East and 8-8 overall.

The Warriors return to action with a pair of home doubleheaders this weekend, hosting Yakima Friday and Columbia Basin Saturday. Friday’s games begin at 2 pm, while Saturday’s start at 12 pm.

Spokane, now 2-4 in league play and 2-8 on the season, travels to Pendleton Friday to take on Blue Mountain in a 2 p.m. doubleheader.

The Warriors managed just seven hits in Tuesday’s victory over the Sasquatch. But they took advantage of seven free passes, a pair of Spokane errors and the strong pitching of Abby Giles to chalk up the win.

Caitlin Crist’s double was WWCC’s only extra-base hit of the game. She also knocked in a run and scored once.

It was a complete reversal in the nightcap as Spokane pounded out 16 hits and Sasquatch pitcher Erica Grenlund limited Walla Walla to three runs on six hits.

Beckstrom blasted a solo home run, added a single and scored twice to lead the Warriors on offense. Crist singled twice and scored once.