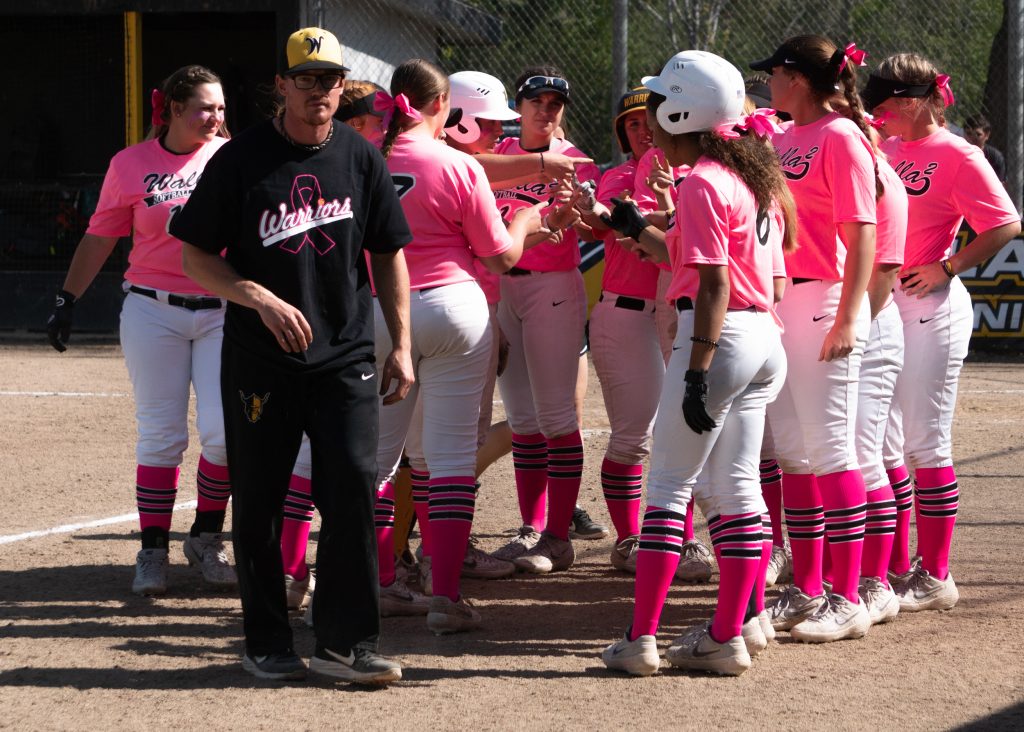 In game one, the Warriors scored all 11 of their runs in the first three innings.

After scoring three runs in the first inning, Caitlin Crist opened up the bottom of the second with a solo home run.

A few batters later, Whitney Enriquez extended the lead with a two-run home run of her own to cap off a five-run inning.

After scoring three more runs in the third, the Warriors held an 11-0 lead heading into the fourth inning.

Blue Mountain was finally able to get on the board with a three-run fourth due to RBI singles from Ashley Hill and Gussie Cook.

Cook would later score that inning to give Blue Mountain thier third run, but the game would end after the top of the fifth inning due to the eight run mercy rule.

In the second game, after giving up one run in the top of the first, the Warriors answered back with a huge 12-run inning in the bottom of the first that inlcuded four home runs.

The Warriors would score three runs in the second and four more in the third to push their lead to 19-1.

Faith McQueen for Blue Mountain would hit a solo home run in the top of the fourth to give Blue Mountain their second run of the game.

The game would end in the top of the fifth by mercy rule.

The Warriors pushed their record to 20-12 overall and 14-8 in NWAC play, and will travel to Big Bend on Tuesday for a double-header. First game is at 2 p.m.