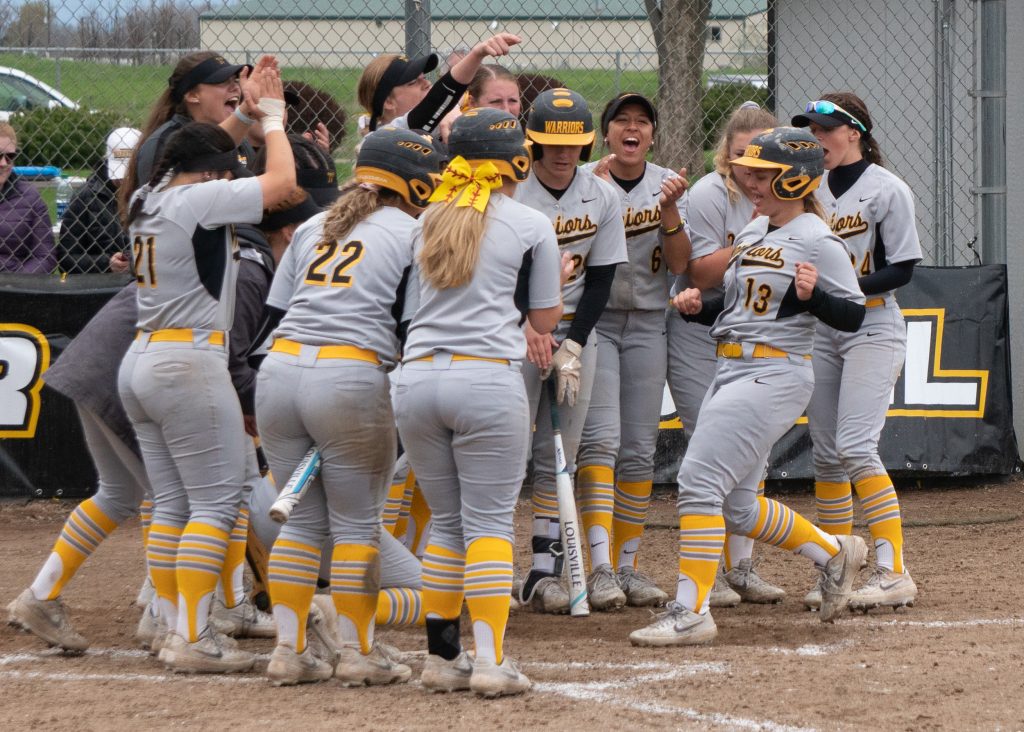 The Warriors won in different manners, winning a pitcher’s battle in their opener, and striking for 11 runs on 14 hits in their second win of the day.

In the opener, Kira Haskell drove in a first-inning run for the Warriors and the Warriors grabbed a 1-0 lead over Lower Columbia after one.

That was that as neither team would score the rest of the way.

The Warriors’ Abby Giles, in the circle for the Warriors, and her counterpart, Lower Columbia’s Nizhoni Wheeler, took over.

Giles did not allow a run, gave up five hits, and struck out seven in pitching the Warriors into the evening winner’s bracket game.

Wheeler was almost as good as she finished only allowing that first-inning run and giving up four hits.

Ashton Buffo and Tommy MacDonald had the other Warrior hits.

Giles blanked Bellevue for the first three frames and the Warriors took a 9-0 lead to the fourth. Bellevue showed signs of life as it scored four in the fourth and two in the fifth, but Giles then shut the door as the Warriors moved into today’s winner’s bracket with the 11-6 decision.

Giles scattered six Bellevue hits in going the distance and struck out eight to get her second win of the day.

The Warriors move into a quarter final battle Sunday at 12:30 against North Idaho, a 5-1 winner over Clackamas late Saturday.