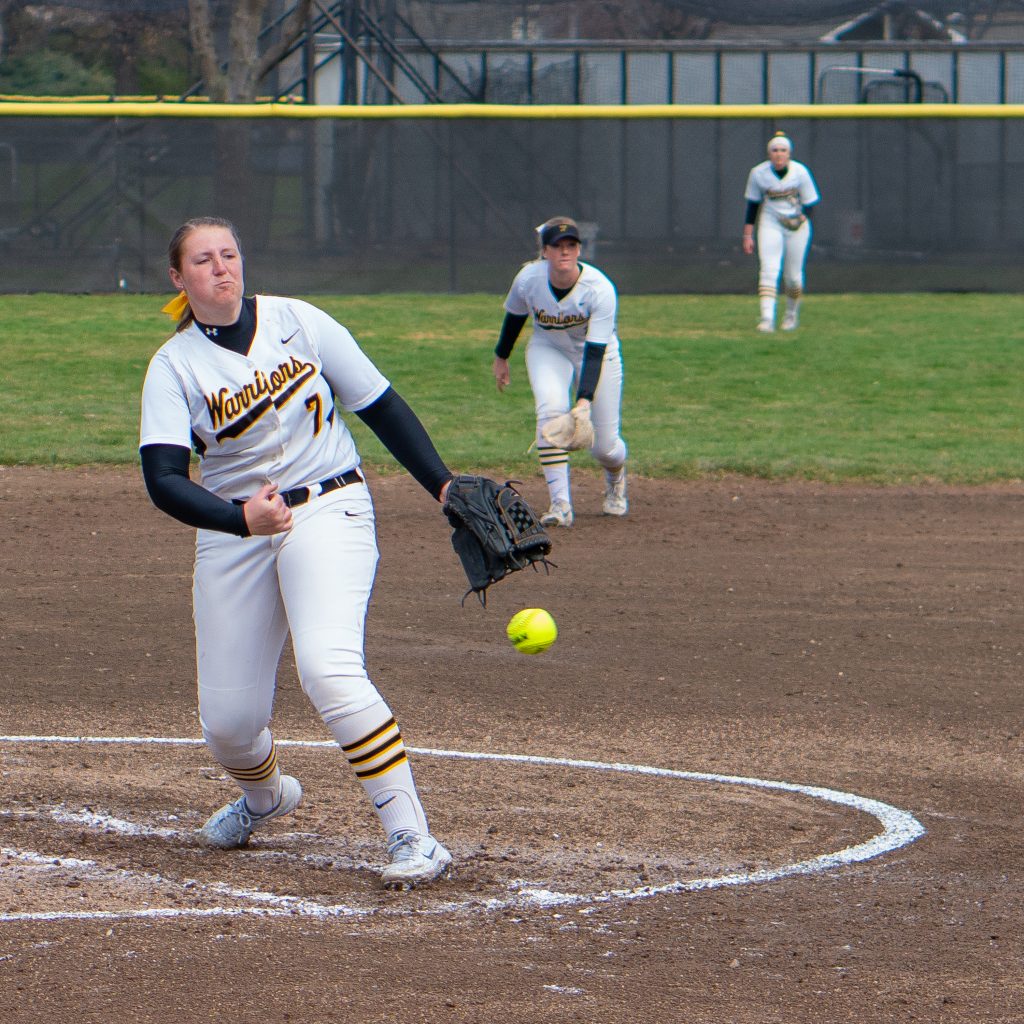 WENATCHEE — Abby Giles pitched Walla Walla Community College to victory in both ends of an NWAC softball doubleheader here on Tuesday as Wenatchee Valley finished the day with one run off her.

Meanwhile, the Warriors had home runs by Tommy MacDonald, Ashton Buffo and Rosie Cantu as they picked up 7-1 and 8-0 wins.

WWCC (27-13 overall, 21-9 in the East Division) leapfrogged Wenatchee for third place in regional standings, and will host the Knights on Saturday for a regular-season ending twin bill at 2 p.m.

Prior to the rematch, Wenatchee (19-9 in the East) must go through second-place Big Bend on Friday.

Walla Walla routed the Knights with a strong all-around effort.

Giles ended up pitching 13 innings, limiting Wenatchee to one run on 11 hits and four walks with seven strikeouts.

WWCC took the first game with a five-run fourth inning.

The rally featured Brynnan Carpenter and Giles hitting back-to-back run-scoring doubles, and a Wenatchee wild pitch giving WWCC a 3-0 lead before Rhyanne Oates and Whitney Chapa each worked a walk with the bases loaded.

MacDonald homered in the seventh inning for a little more cushion.

WWCC wasted little time jumping ahead in the second game as Buffo homered with one out in the top of the first inning.

Though Giles would pitch a shutout, WWCC kept scoring.

The Warriors had already increased their lead to 4-0 on a Whitney Enriquez sacrifice fly, a Wenatchee error and wild pitch before Cantu homered with Giles on base in the third inning.

Enriquez later added a two-run double in the sixth inning.