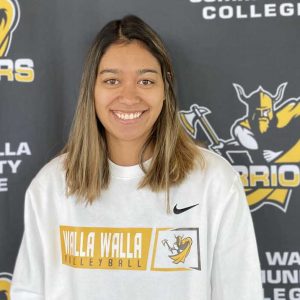 Brooke Kaawa will begin her first season with the Warriors in 2022. Prior to joining the Warriors, Brooke spent the last 2 years as an assistant coach at Western Nebraska Community College in Scottsbluff, NE. where she helped the Cougars to a 51-22 record and a national appearance in 2020.

As an intercollegiate volleyball player, Brooke was a standout middle blocker and outside hitter for Western Nebraska Community College (2016-2018). She had 2 national appearances as a Cougar before being recruited by Lewis-Clark State College, where she served as an outside hitter for the Warriors (2018-2020). Kaawa was named “attacker of the week” and “1st team all-conference team” in the Frontier Conference along with an “AVCA All- Region” recognition her senior year. Throughout college, Kaawa also coached club volleyball for 2 years in the Lewiston valley.

The Hawaii native was a 2 sport athlete in high school, participating in volleyball and basketball for 4 years at Kamehameha Schools- Kapalama. Throughout high school, she won 2 state championships for volleyball, 1 for basketball, and was 1 of 15 athletes in the state of Hawaii to make “Fab 15” her senior year.

Kaawa received her bachelors in Psychology from LCSC in 2020. 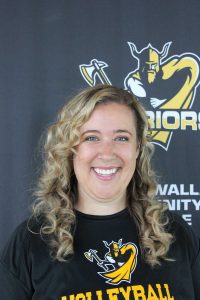 Erin was born and raised in Walla Walla. She attended Desales Middle/High School and that is where she dove into sports and gave volleyball a try. True love was found in volleyball for her, especially as a setter. After 4 years on varsity in high school she went on to play for Al Rogers and Nicole Morozzo at Yakima Valley Community College. She was the starting setter in both, her 2009 and 2010 seasons. She had a very successful Sophomore year as her team placed 3rd in the NWAC Tournament and was acknowledged as a Sophomore All- Star in the league. Sermo has coached several club teams throughout the past few years and also coach at Burbank High School in 2015. This will be Erins first year with the Warriors and is excited to be a part of her hometown team.

Erin is married to Juan Sermo who she met at YVCC while playing baseball for the Yaks. They have a daughter named Iris and 2 fur babies.