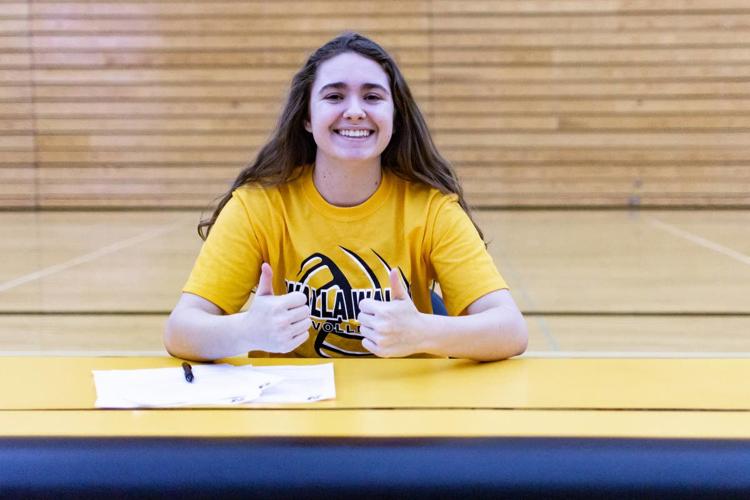 As the volleyball coaches at Walla Walla Community College scouted Lewiston High’s Kassie Collins, they liked her craftiness as a hitter, among other qualities she brought to the court.

And the feeling of admiration was mutual.

“We expect her to be an impact player right away,” WWCC coach Chelsie Spear said.

Collins this past season racked up 256 kills and 208 digs for the Bengals.

“When the team needed a kill, Kassie would deliver,” Lewiston coach Mandi Hare said of Collins. “We relied on her, and her opponents respected her.”

Collins is the daughter of Mike and Tracy Collins, respectively the running coach and trainer at Lewis-Clark State College.

L-C’s nickname is the Warriors, same as WWCC.

“I hope I am able to contribute to their tradition and success right away,” Kassie Collins said of WWCC.

Mike Collins said that his daughter had plenty of college volleyball options from all over the country.

“But for us to have her relatively close to home and to have opportunities to see her play are things that all parents hope for if their children are fortunate enough to get this type of opportunity,” he said. “We are sure she will make Lewiston High, Lewiston, WWCC and her family proud.”

Article by the Lewiston Tribune