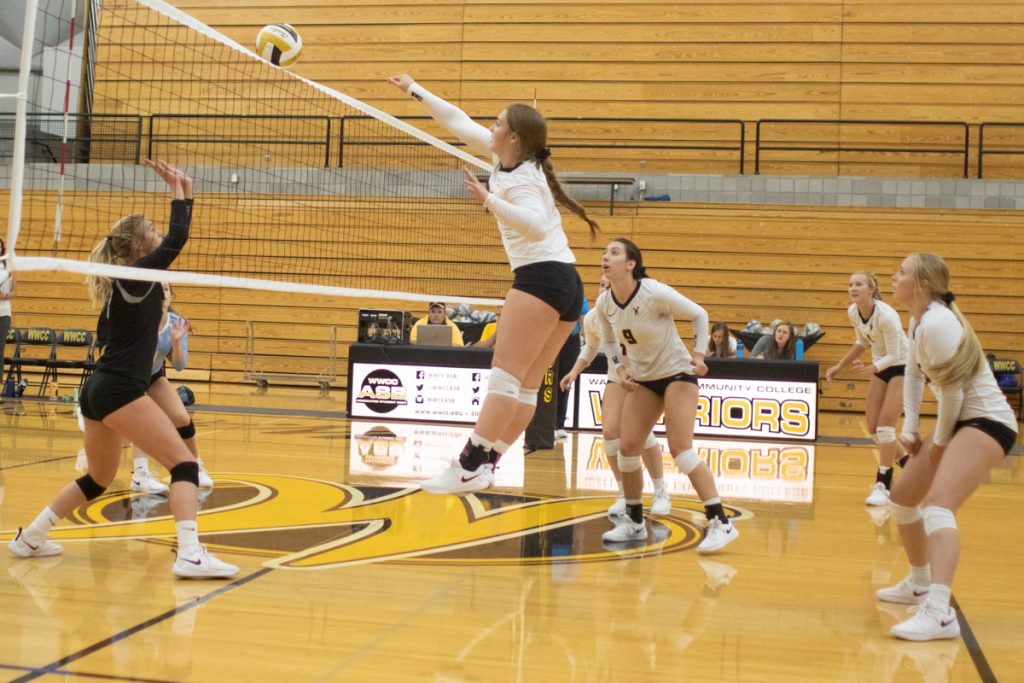 The Warriors then came from behind host Shoreline to claim another victory.

Up against the Dolphins for the second time in less than a week — WWCC swept their two-set bout on Sunday at the season-opener NWAC Showcase in Springfield, Ore. — the Warriors started their best-of-five rematch with a 25-17 setback.

Jones and Peebles each finished the nightcap with 10 kills, Elgan had another 17 assists as Kayla Lind added 15, Tolman made three blocks, and Takasaki hustled after 14 more digs.

“It was great to get two more wins on the road,” Warriors coach Chelsie Speer said. “And it was nice to see some big improvements from the previous weekend.”