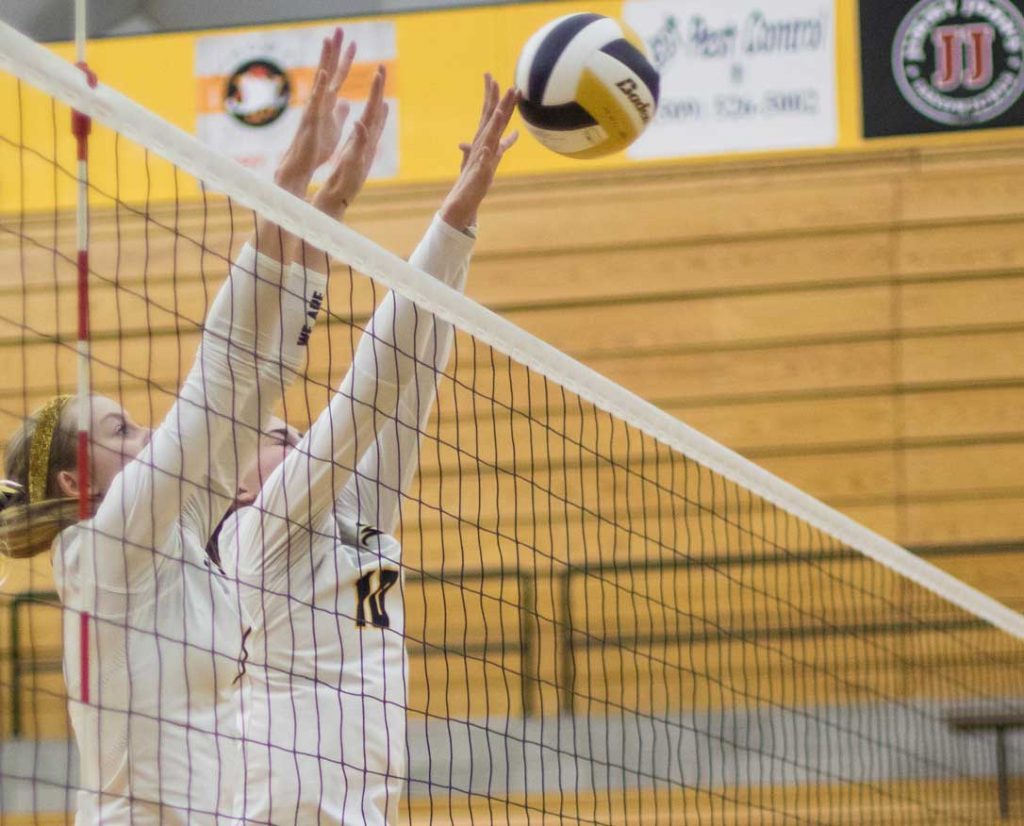 Both Chemeketa and Walla Walla came out of pool play unscathed, each dropping 1 set in 3 games. Chemeketa entered the championship riding a 13 game winning streak and a #2 ranking leaned heavy on an 8th ranked Warriors squad (winners of 10 out of their last 11) taking all 3 sets in convincing fashion.

ABERDEEN— In the way out West Region Crossover, a surging Spokane team looked to play spoiler against South powerhouses Linn-Benton and Clark.

After dropping a match early in pool play to #4 ranked Clark, Spokane was tasked with the challenge of pulling back to back upsets. First was #3 ranked Linn-Benton. These two teams having met in prior tournament action this season with Linn-Benton getting the better of of the Sasquatch in the Spokane Classic tournament championship needed a long 5th set before Spokane emerged victorious.

MOSES LAKE— The East Region Crossover featured seven teams all vying to knock off top ranked North Idaho. However, this challenge would prove too tough as the Cardinals continued their dominate ways over the tournament field.

North Idaho had not lost to an NWAC opponent since the season opening NWAC Friendlies on August 26th and this weekend would not end that streak.

Similar to their performance earlier in the season at a Highline hosted tournament, they would not drop a single set the whole weekend with pool play wins over Treasure Valley, Lane and Centralia (all 2-0) and bracket play wins over Everett and Clackamas (both 3-0).

In the championship match, the Cardinals would meet West Region perennial contender Highline. The T-Birds entered the match riding a 7-game winning streak of their own looking to steal the show out from under the Carindals but North Idaho again would only need 3 sets to take the championship match.

COOS BAY— Round Robin action only in the South Region Crossover. Over the course of the weekend, #5 ranked Columbia Basin emerged as the only team unscathed at 5-0.

No all-tournament team was annouced.