WWCC battles back but falls short against Hawks 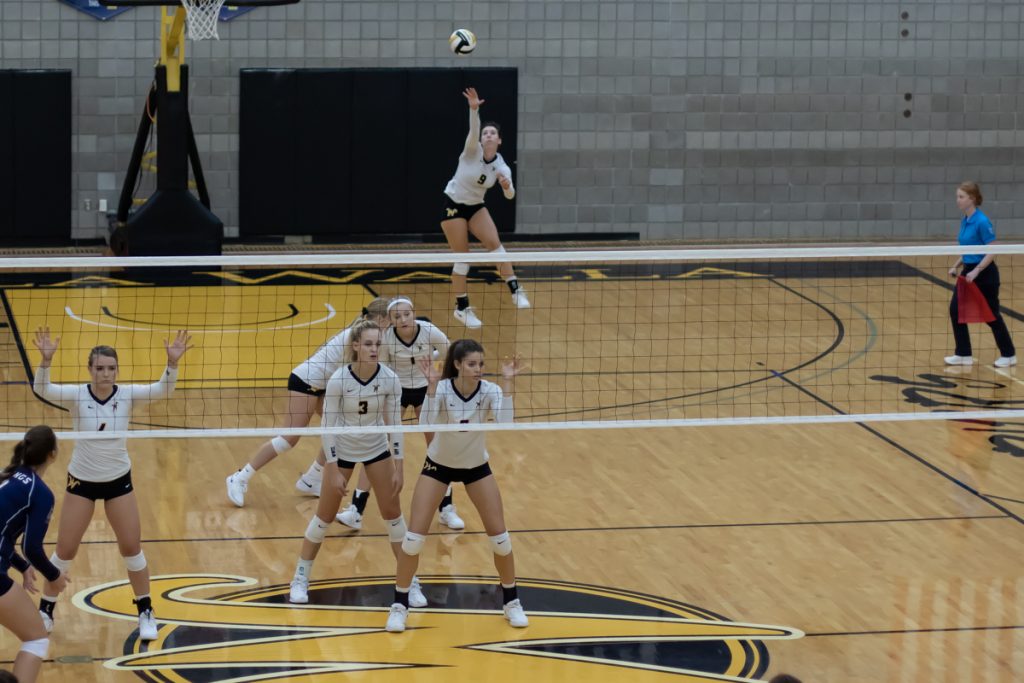 PASCO — Walla Walla Community College nearly climbed all the way out of a 2-0 hole, but wound up losing a tiebreaker to Columbia Basin in their Northwest Athletic Confernce East Region volleyball match here on Wednesday.

“We had a chance to win, but couldn’t finish strong,” WWCC coach Chelsie Speer said. “Too many mistakes.”

The Warriors (7-9 overall, 0-1 in the East) will regroup this weekend to compete in the Edmonds Crossover.

Friday action will have the Warriors up against Clackamas at 3 p.m., and then Shoreline at 5 p.m.

WWCC looks to bounce back from the loss at Columbia Basin.

Columbia Basin was poised to make short work of them, taking the first two sets and then leading by as much as 15-11 in the third before the Warriors turned things around.

Jones tallied six kills as WWCC took over, and Doyle scored off a feed from Elgan to finish the set.

WWCC carried its rally into the fourth set, shrugging off a 1-0 Columbia Basin lead to dominate the rest of it, and wrapping up the victory with a 5-0 run to draw the match even.

The tiebreaker saw Elgan serve an ace to put WWCC up, 5-3, but that’s when their comeback sputtered.

CBC scored four straight kills, and then held off the Warriors to take the match.