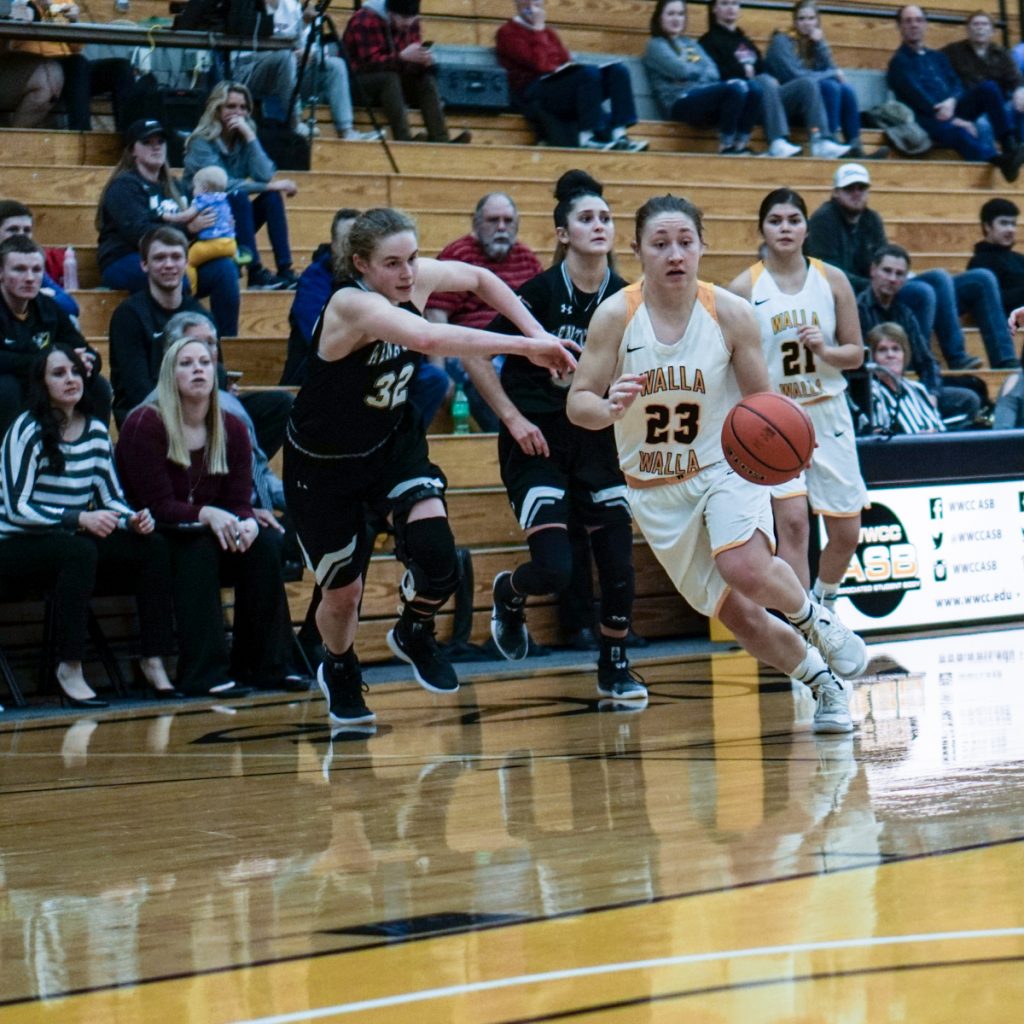 Led by a quartet of Warriors who all scored in double figures and combined to shoot 27-for-46 from the floor and 9-for-12 from outside the 3-point line, the Warriors snapped a mini-two-game losing streak and held on to fourth place in the East standings.

Three defeats in their previous five games have been the result of inconsistent field-goal shooting, according to coach Bobbi Hazeltine.

And while Hazeltine was pleased with the final product here Wednesday, it was an uneven performance nonetheless.

The Warriors bolted to a 26-6 lead at the end of the first quarter and held a 27-point advantage early in the second. By halftime, however, the Chukars had rallied to within 16 points at 45-29.

Another WWCC surge enabled the visitors to build a 71-44 lead heading into the final quarter.

But Treasure Valley fought back again, at one point cutting WWCC’s lead to eight points before the Warriors were finally able to put the game away with clutch free-throw shooting in the final minutes.

“Overall, I am happy with how things turned out,” Hazeltine said. “But we continued with the ups and downs. Our first and third quarters were good, but our second and forth quarters were not, and that is how we have been game by game.

“This game was a microcosm of our whole season.”

Freshman guard Sailor Liefke led the way on offense with 28 points on 9-for-18 shooting overall and 3-for-5 from downtown. Sophomore point guard McKenzie Gunter made 6-of-10 shots from the floor and tallied 19 points, and freshman Jessica Cheney was a perfect 5-for-5 from 3-point distance, 6-for-10 overall, and contributed 17.

Holly Golenor, WWCC’s freshman post, was 6-for-18 from the field and finished with 16 points and a game-high 12 rebounds. The Warriors outrebounded the Chukars 35-19.

The Chukars shot just 41 percent from the field and were 4-for-14 from 3-point distance, but they made a game of it by sinking 29-of-38 free throws. The Warriors were 17-for-24 from the line.

“Treasure Valley leads the entire NWAC in free throws attempted and free throws made,” Hazeltine said. “And they did a rally nice job of getting to the line, especially in the fourth quarter.

“We were getting called for foul after foul after foul, and four of our starters finished with four fouls. We played a lot of different lineups and had a lot of inexperience out there, and we struggled with their pressure. We made a lot of freshman mistakes in the fourth quarter”

Walla Walla trails North Idaho (7-4, 17-8) by just a half-a-game in a hotly contested battle for third place in the region.

The Cardinals stayed ahead of the Warriors by defeating Wenatchee 73-68 Wednesday night in Coeur d’Alene. Wenatchee shares first place in the East with Big Bend, both squads at 9-2 and 20-4.

The Warriors draw a bye Saturday and will host North Idaho Monday in a makeup game in the Dietrich Dome.