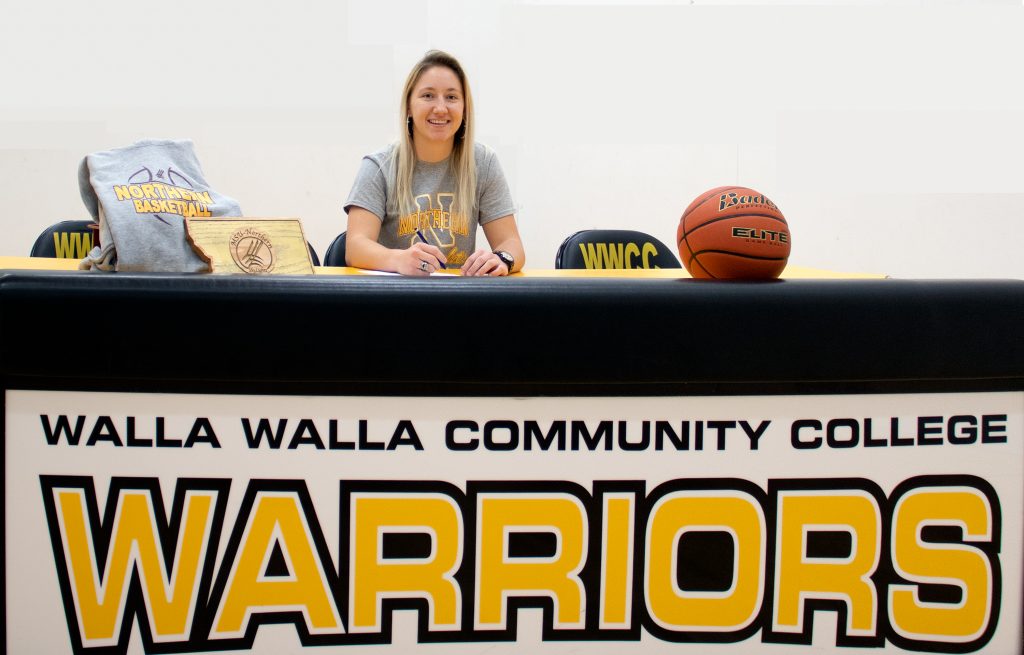 HAVRE — Guard McKenzie Gunter, who was part of a 32-1 Walla Walla Community College team in 2018, has signed with the women’s basketball program at Montana State-Northern.

The 5-foot-5 Gunter, who is from McCammon, Idaho, averaged 14.8 points, 5.3 rebounds and 4.6 assists per game last season as a sophomore starter for WWCC.

“McKenzie is a winner,” MSU-N coach Chris Mouat said in a press release. “She did so much for her team at both ends of the floor and took what was a very young team and helped get them to the NWAC Tournament. She will be a great fit in our program because of her competitiveness and team-first attitude.”

She was a first-team all-region selection this past season and was chosen as the defensive MVP for the NWAC East Region.