Lane knocks Warriors out of tournament 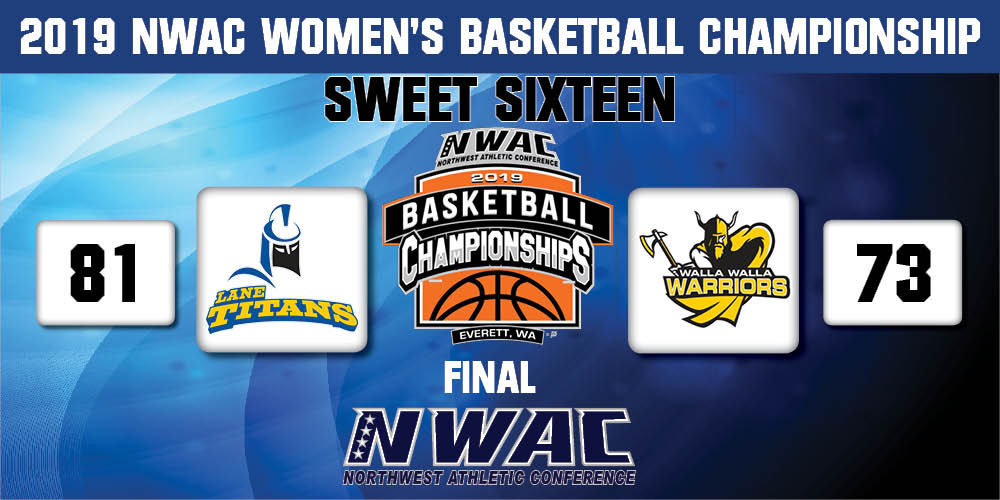 Emma Jones came off the bench to score 21 points and grab eight rebounds, and Kalina Rojas scored 17 points and had 10 rebounds for the Titans, who improved to 27-3 overall.

There were 12 ties and 13 lead changes in the game, which was a rematch of a 2018 quarterfinal won by Walla Walla. Lane had defeated the Warriors earlier this season in a tournament.

After Walla Walla jumped out to a 6-0 lead, Lane used its inside game to battle back for a 19-18 first-quarter lead. The game was tied at half at 38.

The Titans used a late third-quarter run to forge a 62-55 lead after three, and the teams battled in a tight fourth quarter. Lane put the game away by making six of six free throws down the stretch.

Walla Walla was led by the 21 points of McKenzie Gunter. She also had seven assists. Three other Warriors scored in double figures: Holly Golenor with 15, Sailor Liefke with 14 and Jessica Cheney with 12. Golenor also had nine rebounds.