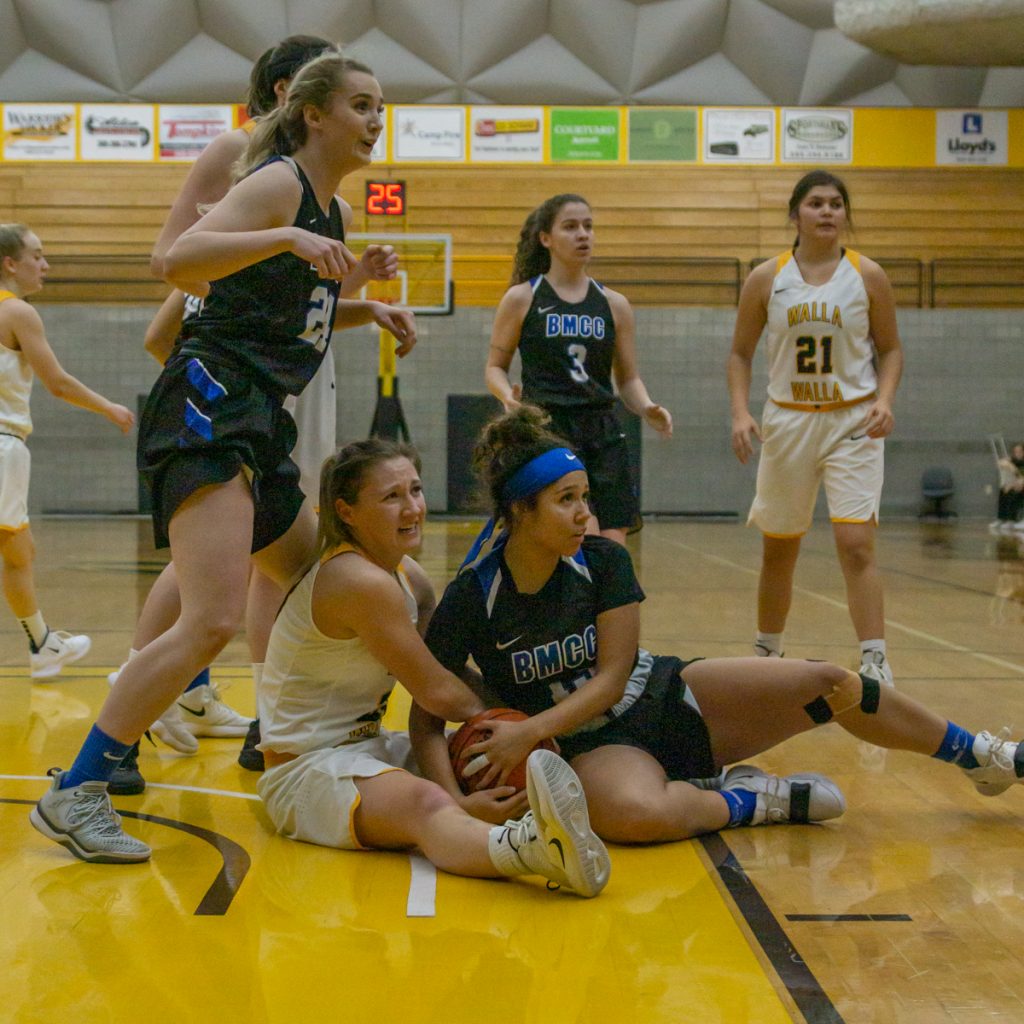 Forty-eight hours after celebrating what was arguably their biggest win of the season, the Walla Walla Warriors were left to deal with by far their most disappointing defeat Wednesday night.

The unexpected defeat cost the Warriors a share of second place in the East Region women’s basketball standings. At 4-3 in the region and 14-6 overall, the Walla Wallans trail Big Bend (5-2, 16-4) and North Idaho (5-2, 15-4) by a full game and are just a half step in front of fifth-place Spokane (4-4, 15-5) in a heated battle for one of four tickets to the season-ending NWAC Championships.

Wenatchee is all alone in first place with a 7-0 region record and is 18-2 overall.

The Warriors will now try and regroup in time for Saturday’s game at Columbia Basin (2-5, 11-8), which will conclude the first round of regional play.

“I think this was a big wakeup call for us,” coach Bobbi Hazeltine said of Wednesday’s loss to the Timberwolves. “I think they know now that at any time anybody can beat anybody. It’s not what it looks like on paper, and that is why you play the games.”

Blue Mountain jumped out to a 25-18 lead after the first quarter and never trailed.

“We were never really in it,” Hazeltine said. “As a coaching staff you just felt it. We never got into any kind of rhythm.”

It was, Hazeltine assessed, a matter of one team making its shots from the field and another that didn’t. Blue Mountain shot 43 percent from the field overall and made 12-of-25 3-pointers (48 percent) while WWCC was a chilly 19-for-68 (28 percent) from the floor and hit on just 7-of 30 3-pointers, a lackluster 23-percent effort.

“We couldn’t buy a basket, and on the other end they were on fire,” Hazeltine said. “We missed a wide open 3 right off the bat and just kept missing. We got absolutely every shot we wanted but we couldn’t make them.

“That’s going to happen,” she added. “You are going to have nights like that, but we really can’t afford that in a race like we are in.”

Jessica Cheney led the Warriors with 15 points, but she got them at the expense of 5-for-21 shooting overall and 4-for-16 from downtown. McKenzie Gunter added 13 points and Sailor Liefke, who scored a career-high 35 points in the win at Big Bend, finished with 10.

“Our defense wasn’t that bad,” Hazeltine said. “And we killed them on the boards.”

The Warriors outrebounded the Timberwolves 51-31, with Holly Golenor leading the way with 13 boards.

“I’ve been coaching long enough that I’ve seen this before, and unfortunately it happened again at a bad time,” Hazeltine said. “We were just glad to get the game done and move on. We will be ready for CBC.”