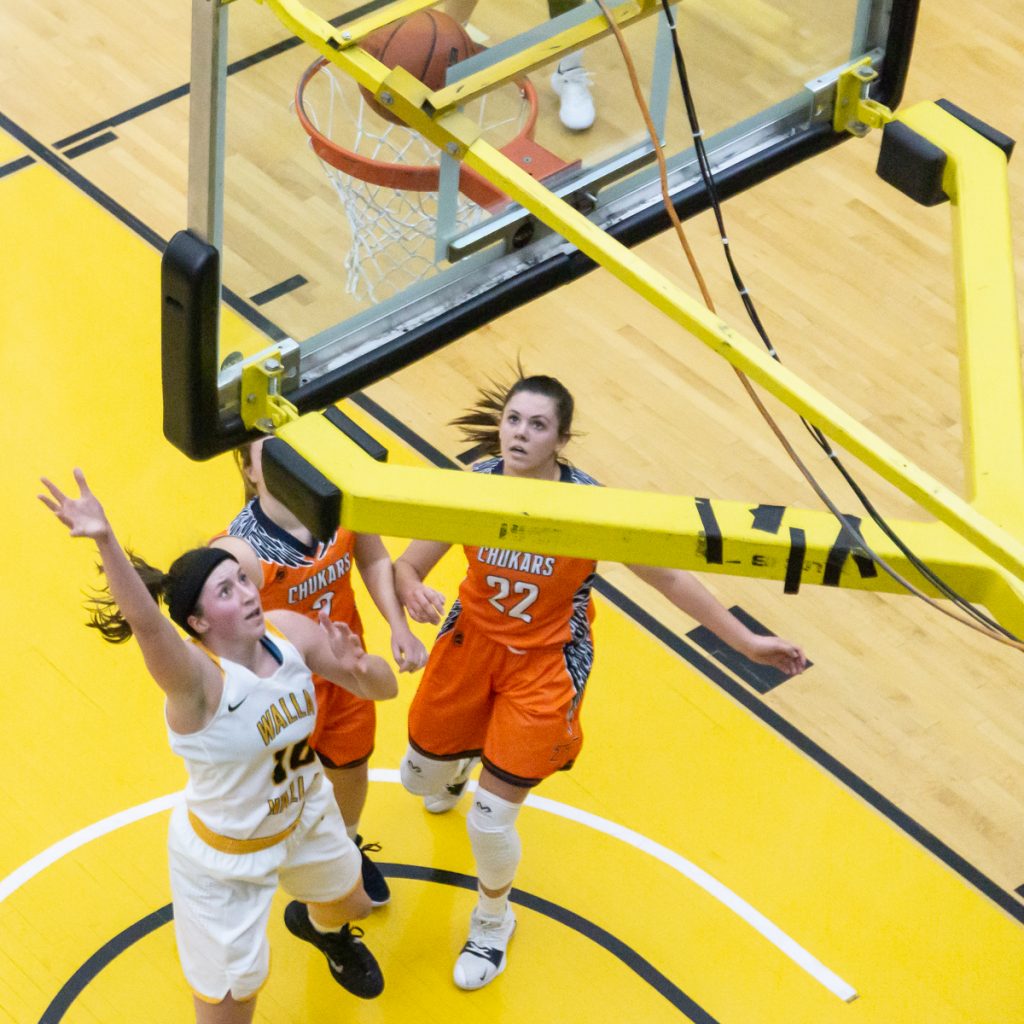 It was a slow start for both teams offensively, with Treasure Valley shooting only 26 percent from the field and Walla Walla shooting 33 percent in the first quarter.

But the Warriors picked it up in the second quarter, shooting 53 percent for the quarter and going into the half with a 12-point lead, 34-22.

Walla Walla’s Holly Golenor proved to be a problem in the post for Treasure Valley, and finished with a double-double with a game high 19 points and 12 rebounds.

Sailor Liefke pitched in with 13 points.

“They’re a great rebounding team, and we knew that and we got killed on the offensive glass, but our defense kept us in it and we survived,” said Warriors coach Bobbi Hazeltine.

“We’re so young and we are struggling with a lot of things right now, but we survived.

“I thought Holly, our freshman post player, played really well; she needed to,” she said. “McKenzie Gunter does a great job running our offense.

“We had some mental mistakes that we’ve got to fix, but for the most part I’m happy because we lost two in a row and we got back on the winning trail now.”

The Warriors allowed only two Treasure Valley players to reach double digits in scoring. Macy Markus and Lillie Smith who both ended up with 11 points.

The Vikings are 4-0 in NWAC East play, and 15-2 overall, tied with Wenatchee Valley atop the league standings.

“Big Bend is leading the league; they’re undefeated, so we’ll have a few extra days to prepare for them.

“But we’re going to have to play a lot better to beat them,” said Hazeltine.

Article by Darnell Handcox of the Walla Walla Union-Bulletin