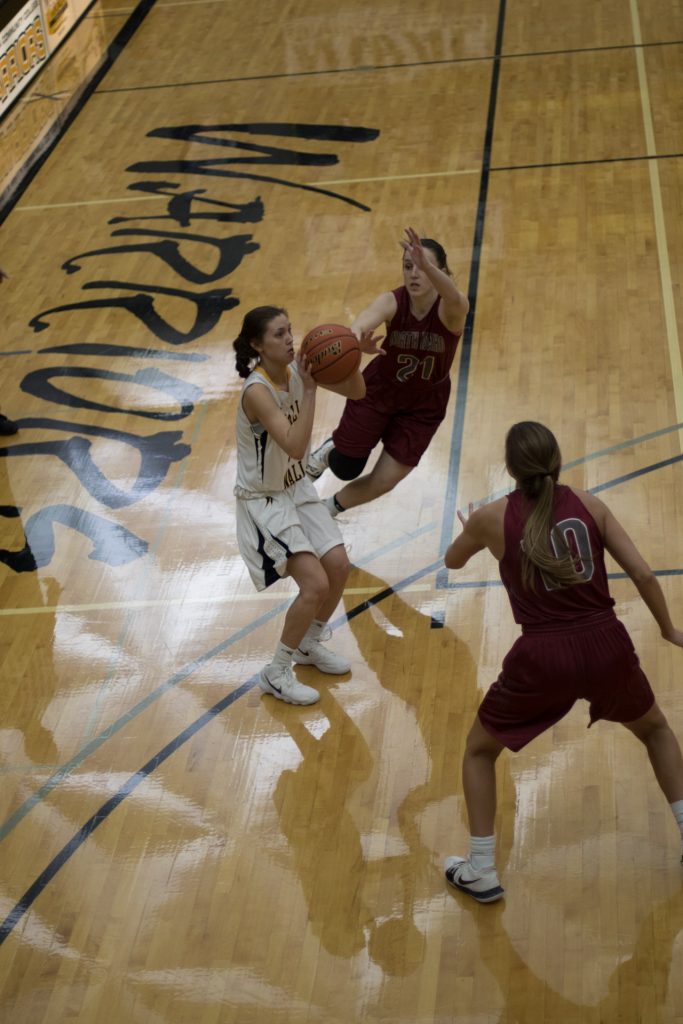 A week from today, the Northwest Athletic Conference will webcast its basketball tournament seedings from NWAC headquarters in Vancouver, Wash.

“We have a selection show party, and we’ll be watching online,” Walla Walla Community College women’s coach Bobbi Hazeltine said after her team’s 89-62 win over North Idaho Saturday in the WWCC Dietrich Dome. “There a lot of spots up for grabs — just not ours.”

Saturday’s East Division victory was the Warriors’ 25th in a row. They lead the East by three games with one divisional contest remaining, a 6 p.m. Wednesday meeting with Treasure Valley in the Dietrich Dome.

Saturday was Sophomore Night at WWCC.

“We have five sophomores and all of them played really well,” Hazeltine said.

Cierra Jo McKeown led that group with a game-high 25 points, including four three-pointers. McKeown, a Touchet High School product, is second in NWAC scoring at 22.7 points per game and leads the conference with 43.8 percent accuracy from three-point range.

“They went out with a bang,” Hazeltine said.

Acock, a graduate of DeSales, is third in the NWAC with a 41.9 percent mark from behind the three-point line.

Even though Wednesday’s home game doesn’t matter in terms of standings and tourney placement, “we’d like to keep our streak going,” Hazeltine said. “These sophomores have never lost at home, so we’ve got something going there.”