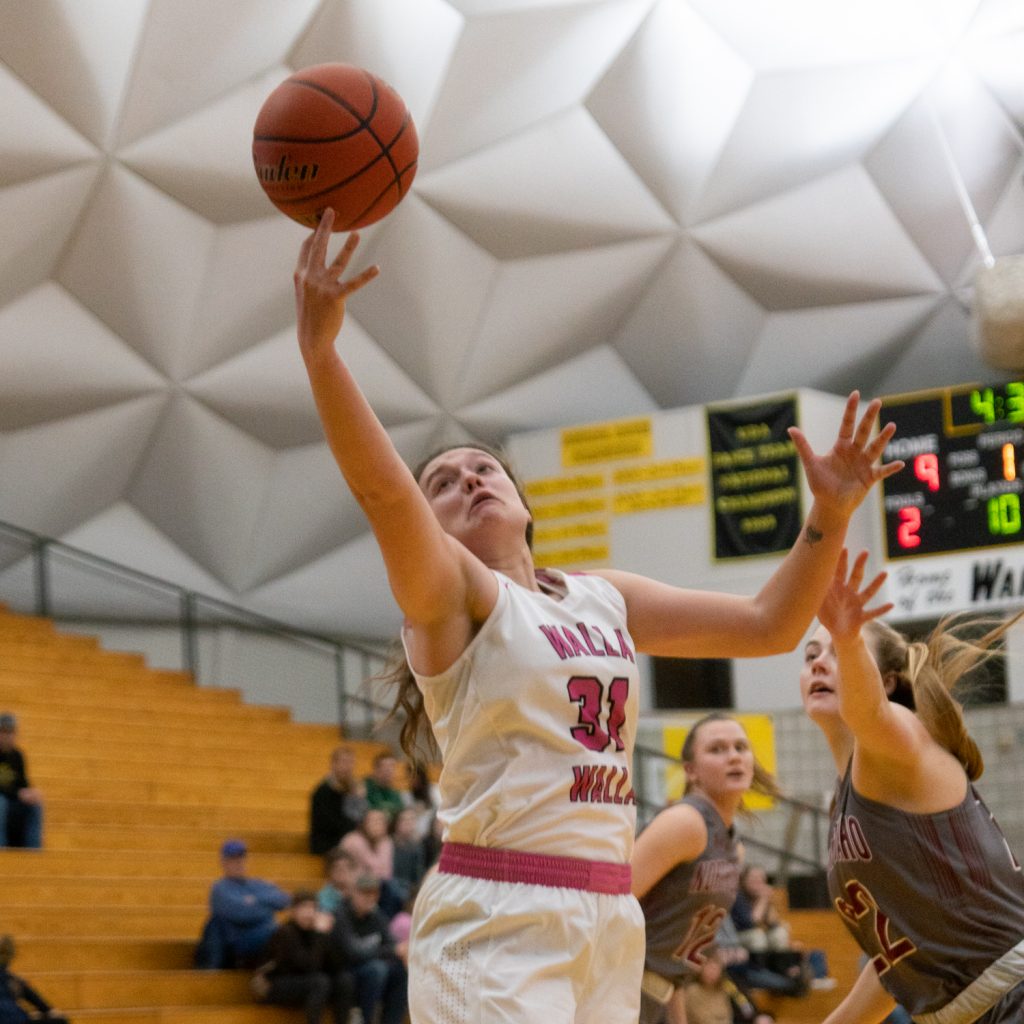 Walla Walla endured another chilly shooting game Monday afternoon in the Dietrich Dome, but this time it didn’t cost the Warriors a victory. 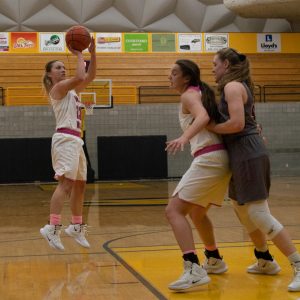 Reserve guard Kate Renfro, another sophomore back in action after missing several games with a knee injury, sank two clutch free throws with six seconds on the clock to give the Warriors a three-point cushion and boost them to their second consecutive victory for the fourth time since league play began back in early January.

The Warriors’ up-and-down season also includes a pair of two-game East Region losing streaks, and their 8-5 league record is now good for a share of third place with North Idaho. The Cardinals are 18-7 on the season, Walla Walla is 18-8, and the teams have split their season series.

More importantly, the Warriors now have a two-game advantage over Yakima (7-7, 16-10) and are three up on Spokane (5-8, 16-9) with three games to play as they battle for one of the East Region’s four tickets to next month’s NWAC Championships in Everett.

Most of the Warriors’ losses this season have been marred by their inability to hit their shots. And that was largely the case Monday afternoon as they misfired of 37 of their 57 shots from the field (35 percent) and were an ice-cold 2-for-10 (20 percent) from 3-point distance.

But the Cardinals were no better, connecting on 20-of-57 shots overall as well and were 3-of-10 on 3-pointers.

Gunter spent her entire freshman season playing behind a trio of WWCC guards — Cierra Jo McKeown, Jade Skidmore and Teresa Acock — who led the Warriors to a 32-1 record and the school’s third NWAC championship. But she’s been making up for lost time as a sophomore, and never more so than Monday afternoon.

The 5-foot-5 McCammon, Idaho, product connected on 10-of-16 shots from the field, including her only 3-point attempt, and made 5-of-6 free throws to will the Warriors to victory on a night when the rest of the team was 10-for-41 overall and 1-for-9 from downtown.

Freshman guard Sailor Liefke was WWCC’s only other double-figure scorer with 15 points. But other Warriors found ways to contribute to the clutch victory.

*Freshman guard Jessica Cheney shook off a 1-for-10 shooting game by flagging down a game-high nine rebounds, picking off a pair of steals and contributing one assist.

*Sophomore post Kaileigh Dietrich-Denton made two crucial third-quarter baskets as the Warriors fought back from a 32-27 deficit, and she also yanked down three rebounds.

*Freshmen Lexee Robertson and Bailey Stoddard both played important minutes off the bench when Golenor sat with foul trouble.

*And, of course, Renfro’s four free throws in the final 3:33 helped seal the deal.

It was likewise a gratifying game for WWCC assistant coach Kati Treinen, who was pinch hitting for head coach Bobbi Hazeltine, who missed the game because she was attending a conference in Las Vegas regarding her academic role at WWCC.

“I don’t like it when she is gone, period,” said Treinen, a former star player at WWCC who later played at Boise State University and was the girls head coach at Ambrose High School in Boise for one year before joining Hazeltine’s staff.

“She’s such a large presence, and it’s such a big void to fill,” Treinen said of her mentor. “You don’t realize how much Bobbi does until you have to do it.

“Usually I just watch the defense and the guards, that’s my responsibility, but today I had to call the plays, make the substitutions and deal with foul trouble. It’s a totally different job.”

But, Treinen pointed out, she had plenty of help from fellow assistants Mark Lindgren, Becky Tompkins and Kennedy Corrigan.