Warriors bounce back against Hawks 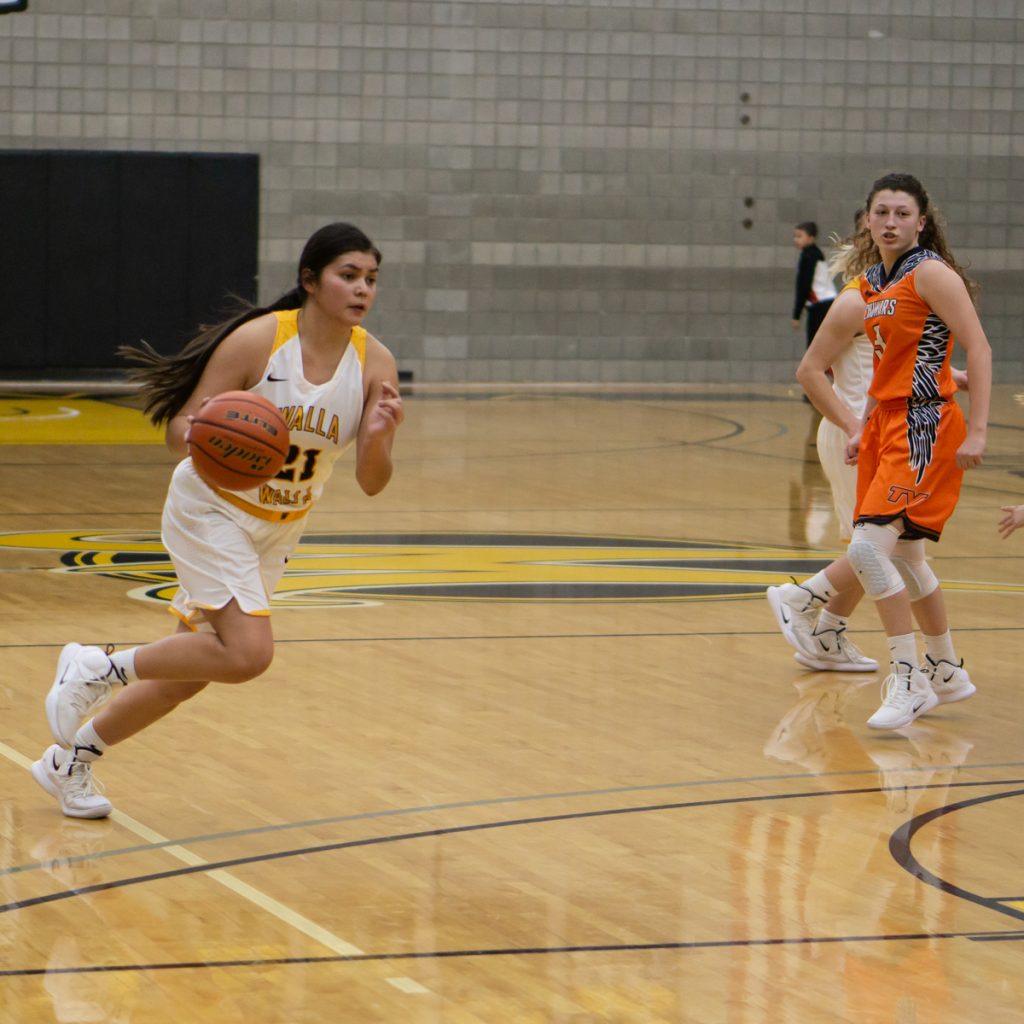 PASCO — Walla Walla Community College bounced back from a 71-58 defeat at the hands of Blue Mountain on Wednesday to defeat Columbia Basin 77-67 here Saturday in NWAC East women’s basketball action.

The Hawks hung tough over the first two periods. The Warriors grabbed a slim 22-19 lead after one, and maintained that three point cushion to intermission as the Warriors took a 39-36 lead to the half.

The Warriors got 16 points and a good defensive effort on the Hawks leading scorer, Alexis Castro, from McKenzie Gunter. Castro came in averaging around 20 a game, and Gunter held her to 13, only three of those coming in the second half.

“We played especially well in the second half,” Hazeltine added. “McKenzie had to play the entire 40 minutes, but she got it done on both ends.”

“We made some big shots down the stretch,” Hazeltine commented. “Our five starters played a lot in what was a tough match up for us. CBC is small and quick and a challenge for us to guard them, but we did.”

Sara Ramirez, with Castro in check, took over the scoring burden for the Hawks and finished with a game-high 29 points.

The win improves the Warriors to 5-3 and also completes the first round of East Region play. After the first round, Wenatchee Valley remains perfect at 8-0 and in first place in the East. The Warriors are fourth.