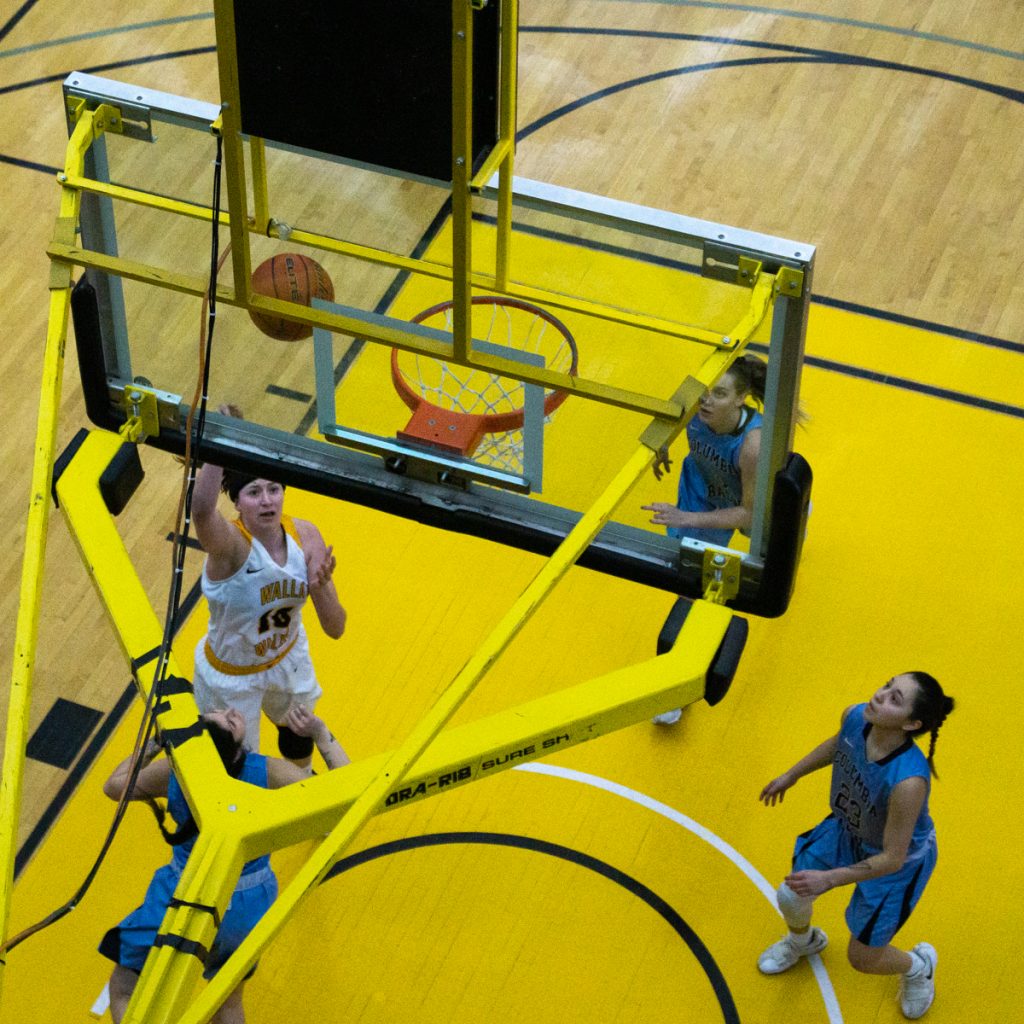 Golenor scored 32 and pulled down a game-high 12 rebounds. The Warriors rode Golenor’s performance to a 77-74 win.

“Game of the year for Holly,” Warrior coach Bobbi Hazeltine said. “She has the potential to do that every night. She did it tonight and it was fun to watch. CBC is small and Holly is 6-foot. She got a lot of rebounds and put backs. Holly carried us.”

The Warriors got off to a good start with a 20-point first period and led 20-13 after one.

The Hawks out-scored Walla Walla the rest of the way, but came up short.

“We got up by 14 early, and got in foul trouble,” Hazeltine added. “Sailor (Liefke) sustained a possible concussion and that hurt us. CBC was able to play with us the rest of the way.”

Alexis Castro led the Hawks with 19 points, including four field goals from beyond the arc. Two of her triples came back to back in the fourth period to get the Hawks back in it.

“Castro is really good,” Hazeltine commented. “Her back to back 3’s in the fourth put pressure on us.”

The Warriors dominated the glass with a big assist from Golenor and her 12 boards, the Warriors out rebounded the Hawks 38-24.

Kate Renfro hit all three of the Warrior triples and finished with 11 points.

McKenzie Gunter was the only other Warrior to reach double digits as Gunter finished with 16, led the Warriors with six assists, and hit big free throws down the stretch to ice this one.

“McKenzie saved us with her free throws in the fourth,” Hazeltine said. “They had a look at the buzzer to tie, but it was partially blocked.”

Walla Walla improves to 10-5 in the East, safely in a NWAC tournament berth. Walla Walla is tied for third with North Idaho with one game left.

The Warriors close out the regular season Wednesday when Big Bend visits.

Big Bend leads the East Region at 13-2, but Wenatchee Valley is on the Vikings heels at 11-3.

The Warriors handed the Vikings one of their two losses earlier as Walla Walla won 83-81 in overtime in Moses Lake.

The tip Wednesday is scheduled for 5:30 p.m.

“We are in the tournament,” Hazeltine summarized. “It really doesnt’t matter if we go as the 3-seed or the 4-seed, we are in and that is a big accomplishment for this group. We will just relax and have fun Wednesday.”