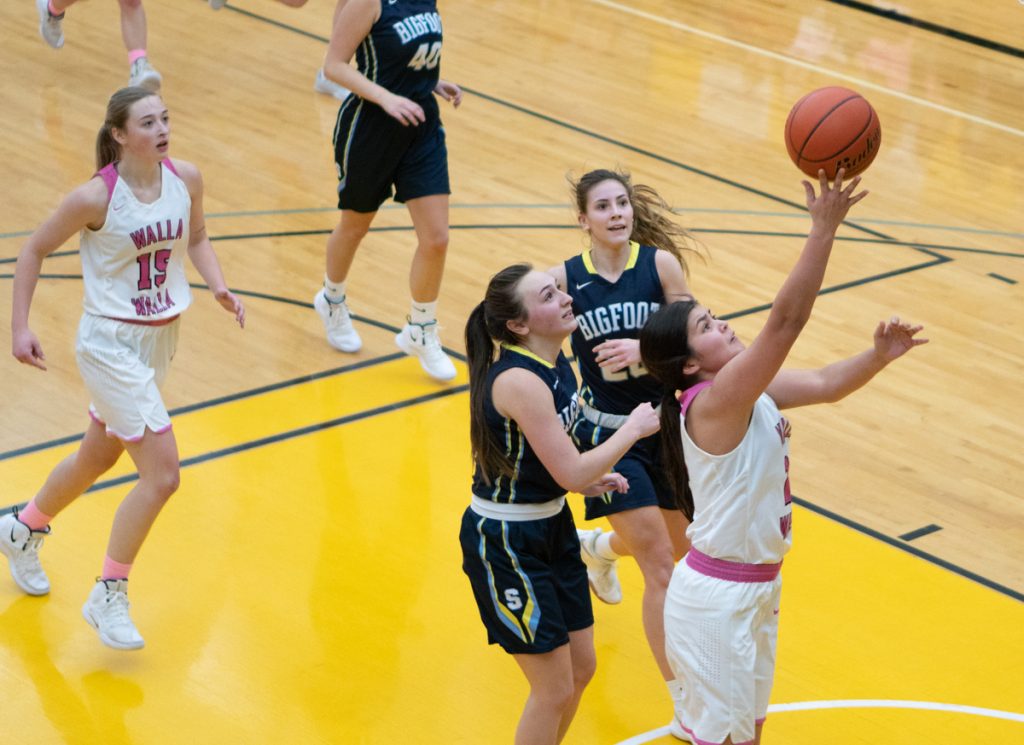 Walla Walla’s roller-coaster women’s basketball season continued Wednesday night in the Dietrich Dome, and not in a good way as far as the Warriors are concerned.

Exactly one week after their most impressive win of the season, a 95-91 overtime victory over Eastern Region-leading Wenatchee, the Warriors stubbed their toe Wednesday against Spokane and suffered a 77-65 defeat.

The Warriors also have a pair of two-game winning streaks during league play, and their 6-5 East record is still good for fourth place in the region.

“I told the girls that we’re still in it, that we control our own destiny,” WWCC coach Bobbi Hazeltine said in reference to the region’s four tickets to the NWAC Championships next month in Everett. “But we are not going to be in it much longer if we continue to play like this.”

Inconsistent shooting has been WWCC’s downfall in most of its losses, Hazeltine suggested.

The Warriors hit just 38 percent of their shots from the field overall Wednesday against the Sasquatch, and they were a disappointing 4-for-15 (27 percent) from 3-point distance.

“We just never really got anything going,” Hazeltine said. “We are just so inconsistent, and you are not going to win many games playing like that.

Guards McKenzie Gunter, Jessica Cheney and Sailor Liefke were a combined 15-for-45 from the field overall and 4-for-14 from outside the 3-point arc.

Gunter led the Warriors in scoring with 17 points, Cheney tallied 15 and Liefke finished with eight.

Freshman post Holly Golenor was also in double figures with 10 points on 5-for-8 shooting, and she and Liefke hauled down nine rebounds each.

“We killed them on the boards like we do everybody,” Hazeltine said of her team’s 42-23 advantage on the glass. “But you’ve got to do something with 20 more rebounds, and we didn’t.”

Shania Graham led a trio of Spokane players in double figures with 22 points. Koyama Young put in 13 and Jessica Olson tallied 10 points and picked off a team-best six rebounds.

The Sasquatch shot 42 percent from the field overall and an even 50 percent (13-for-26) from downtown.

“They shot the lights out,” Hazeltine said. “Fifty percent from 3 is not really them, but it was last night. For whatever reason, a lot of teams come into our gym and shoot really well.”

“It’s obviously a big game,” Hazeltine said. “But they are all big right now. Last night was big, and Saturday is even bigger.”