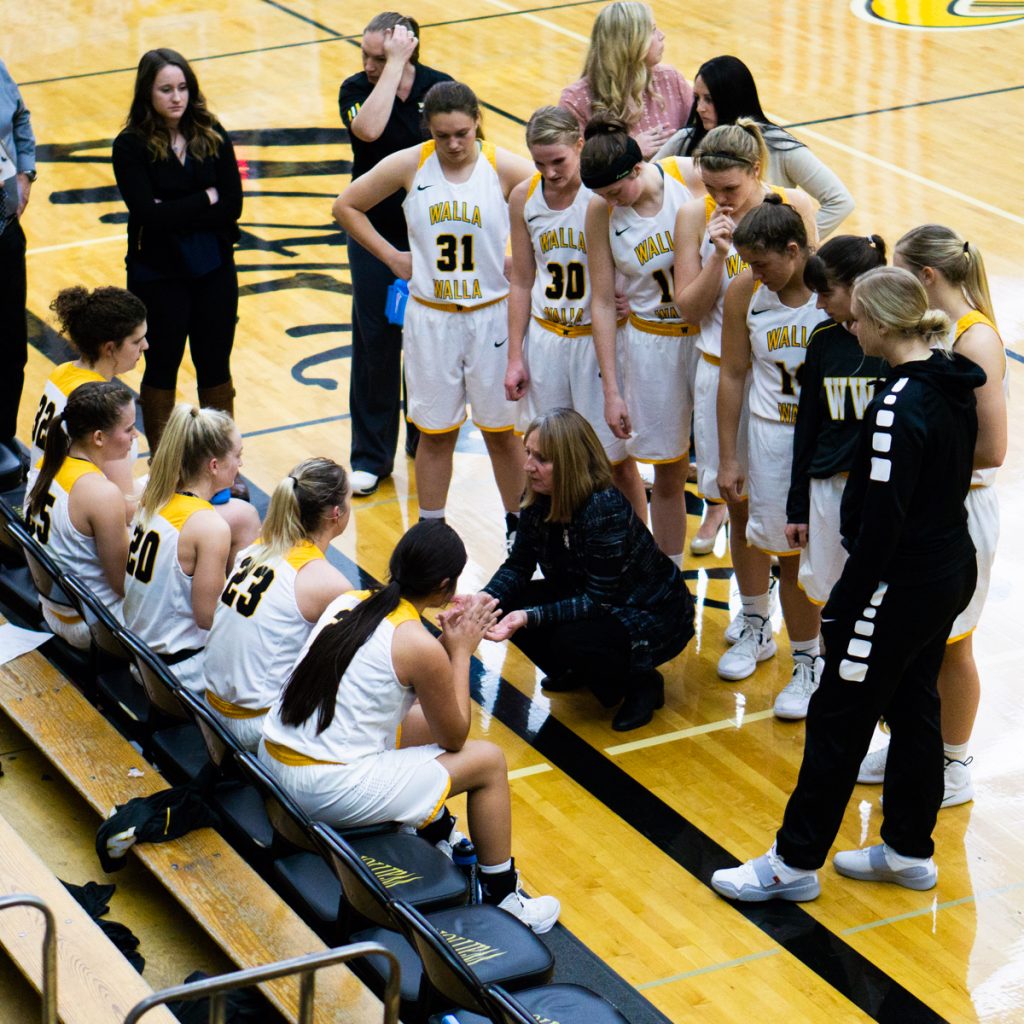 WENATCHEE— It was a rough shooting night for Walla Walla Community College’s women’s basketball team, as the Warriors fell to Wenatchee Valley, 66-51, in NWAC East Region play on Wednesday.

The Warriors were missing their leading scorer and rebounder Jessica Cheney due to a concussion that she suffered in their previous game against Yakima Valley.

“We really missed her out on the court and it showed with how we shot all game,” said Warrior coach Bobbi Hazeltine. “We struggled with their pressure all game. I thought we could compensate for Jessica being out, but we just couldn’t hit shots.

“McKenzie Gunter gave us a good spark,” she said. “She did all she could from the point guard position, but we just needed more around her.

Gunter led the Warriors with 16 points, while going 8-for-8 from the free throw line.

Ashlynn Burgess for Wenatchee had a game-high 18 points, along with five assists.

The Warriors will look to bounce back as they head to North Idaho on Saturday. Tip-off is at 2 p.m.