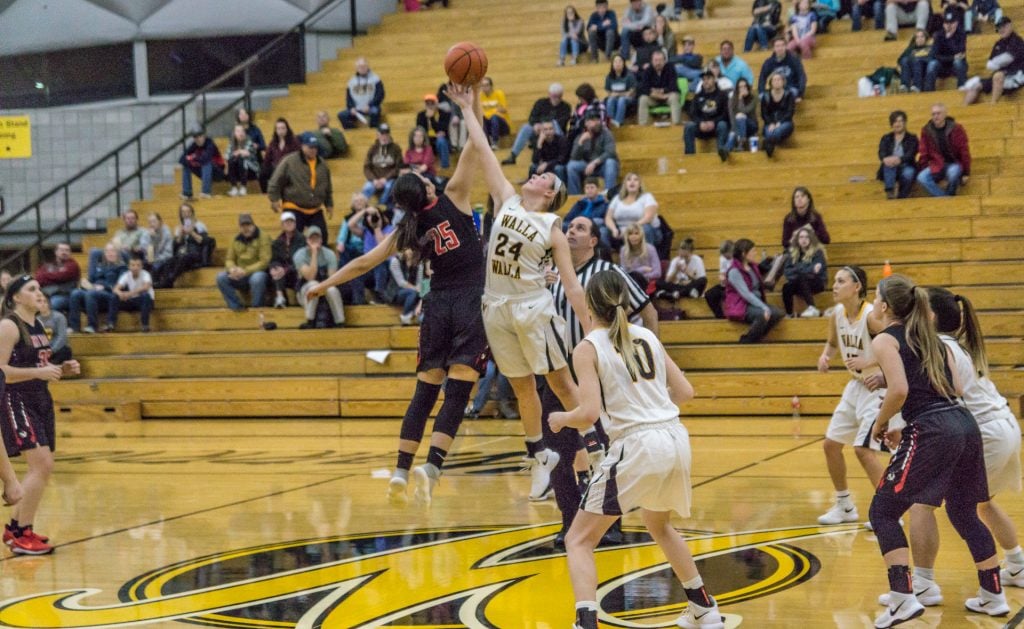 Walla Walla Community College won big Friday and battled for a win Saturday here at the Dietrich Dome in Warrior cross over women’s basketball action. The Warriors coasted to a 69-45 win over Mt. Hood Friday and battled  East Region nemesis Columbia Basin until pulling away in the fourth for a 63-52 win.

The Warriors raced to a 28-17 half time lead Saturday against the Hawks.

The Warriors had no answer for CBC’s Alexis Castro. Castro went off for 24 points to lead all scorers Saturday.

“CBC has a good freshman guard (Castro) whom we struggled against,” WWCC coach Bobbi Hazeltine said. “We got up big, but they came back. We made a lot of free throws at the end (to hold off the Hawks).”

“They (CBC) put a lot of pressure on us and we turned the ball over a lot,” Hazeltine continued. “We have some work to do, but we’ll get better. Jade had a good game and is the person we go to in tough times.”

Behind five-of-nine shooting from beyond the arc, McKeown put up 32 points to lead the Warriors to the 69-45 win over Mt. Hood Friday.

“Cierra was on fire,” Hazeltine added. “We got her the ball and they (Mt. Hood) had trouble stopping her. We got to play everybody. It was a fun game.

Skidmore ran off a double-double with 13 points and 10 rebounds in opening the week end action.

The Warriors with the two wins improve to 4-1 an will travel to Pearce College in Tacoma for a tourney beginning Friday.