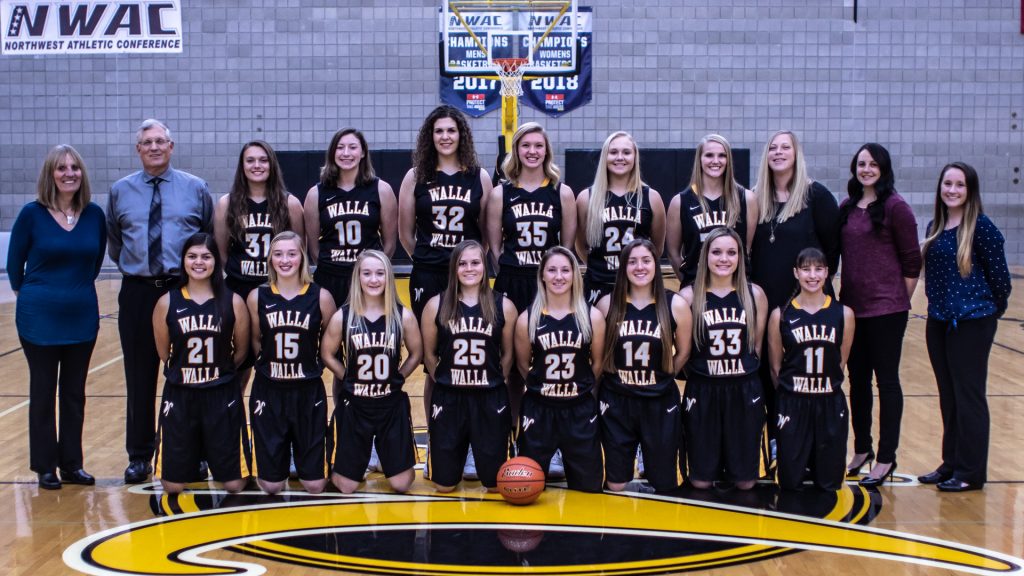 But what Bobbi Hazeltine faces this fall as she begins her 20th season as the women’s head basketball coach at Walla Walla Community College perhaps takes it a step further than that.

“It’s a challenge, that’s for sure,” Hazeltine said in the midst of putting together the pieces of her 2018-19 team in the afterglow of one of the most remarkable seasons in the annals of the Northwest Athletic Conference and certainly the best year ever at WWCC.

What last year’s Warriors accomplished was sensational: A 32-1 record, a 30-game winning streak to conclude the season, another Eastern Region championship and the school’s third NWAC title.

And that lone loss came in the third game of the season against an all-star squad loaded with former NCAA Division I players, one of whom played in the Women’s National Basketball Association.

“That is probably the best year I’ve ever had as a coach,” said Hazeltine, who came to WWCC in the fall of 1999 after coaching for 13 years in the prep ranks at Troy, Idaho. “We won 30 straight games and averaged a little over 80 points a game, that’s unprecedented for me.”

And three of her star players from a year ago are now playing at the four-year level, another first for Hazeltine during her years at WWCC.

Cierra Jo McKeown, The NWAC Player of the Year who averaged 23.6 points a game, has matriculated to the University of California at Davis.

Jade Skidmore, who scored at a 16-point clip and averaged 9.3 rebounds and 5.1 assists a game, has transferred over to Seattle Pacific University.

And sharpshooter Teresa Acock, who shot 41 percent from 3-point distance and averaged 13.3 points a game, is playing for Western Oregon University in Monmouth.

They’ll be almost impossible to replace.

And Hazeltine is also looking for replacements for starting post players Adrianna Peralez and Taylor Turner as well as guard Kortney Hutchison, who was most often the first player off the Warriors bench. Peralez averaged 7.5 points and 5.3 rebounds per game, Turner scored 6.1 points a game and averaged 6.2 boards, and Hutchison contributed 5.3 points and 1.2 assists.

Peralez is back at WWCC and enrolled in the school’s nursing program, and Hutchison has transferred to a four-year school in Southern Idaho and no longer plays basketball. And Turner, the lone freshman starter from a year ago, is now at Central Washington University in Ellensburg on a rodeo scholarship.

“Our top six kids, five starters and our first player off the bench, are gone,” Hazeltine said. “And we lost over 70 points (71.8 to be exact) a game.

“A lot of people would say that only half of this year’s team is new, but I say they are all new. Because a lot of them didn’t play a lot because they were behind people who were really, really good.”

“Kaileigh is our most experienced player,” Hazeltine said of Dietrich-Denton, who averaged 13 minutes and 3.5 points a game as a freshman. “Because we are so tall this year and she is kind of a tweener, she will play a big guard or small forward.

“She shoots it pretty well,” Hazeltine continued. “And she’s also extremely smart and understands what we want. That right there will buy her a lot of minutes.”

Wilwand saw limited minutes last year because she didn’t fit well in the Warriors’ smaller, quicker offensive approach. That should change this year as the Warriors go big for the first time in recent memory.

“She has improved as much as anyone,” Hazeltine said. “She’s smart, mature, another calming force, and we pretty much have to have her on the floor. She may not give us a lot of points, but we need her experience.”

Hazeltine anticipates that Gunter will be her point guard and that Renfro will start at the two guard position. Lyon will provide depth in the back court.

“McKenzie was Jade Skidmore’s backup last year,” Hazeltine said of Gunter. “She stayed here over the summer and has become a pretty solid point guard who works hard and is fun to coach. She’s a shooter and a driver and could be one of our leading scorers.

“Kate put in a ton of time this summer and is probably the glue that holds our team together,” the coach said of Renfro. “She understands the game and is one of those presences that you have to have on the floor.

“And Rylie Lyon is a good shooter who will bring us some outside shooting. We have a bunch of small guards and she is one of those.”

Becky Stoddard (6-3) and Lexee Robertson (5-11) are a pair of rangy redshirt freshmen who will provide Hazeltine with some of the size she is building this year’s team around. They were redshirted, Hazeltine said, because Stoddard didn’t fit well with last year’s run-and-gun approach and Robertson was hampered by a knee injury.

“We recruited Becky because she is 6-3 and we think her potential is really high,” Hazeltine said of Stoddard. “She needed the (redshirt) year and she still has a ways to go, but it’s fun to have someone that tall out there.

“She’s learning the game but we will use her in key spots. She runs the floor well for a tall girl and we are really excited that she is a freshman.”

Robertson hasn’t fully recovered from last year’s knee injury, Hazeltine said, but she is determined to play this season.

“She’s just starting to get up to speed,” Hazeltine said. “If we can get her healthy she gives us some added strength underneath, but she is competing with a lot of post players for playing time.”

The Warriors’ post depth includes a pair 6-foot true freshmen in Holly Golenor of Cole Valley High in Meridian, Idaho, and Tori Craner of Logan, Utah. A third freshman post, 5-10 Sami Sanders of Kennewick’s Southridge High, decided this week not to play as she continues to recover from a knee injury that she suffered during her senior year with the Suns.

Golenor is perhaps the most athletic player on the squad and has the skill set to play any position on the floor.

“Potential is very big for Holly and we hope to use her in a lot of different ways,” Hazeltine said of Golenor. “She jumps well, she rebounds well and she will probably be one of our leading scorers. She just needs the experience.”

Craner was recruited out of the Beehive State by Warriors assistant coach Becky Tompkins.

“We love what she brings to the table,” Hazeltine said of Craner. “She has a nice little post move, goes to the hole and gets to the line a lot. She plays with a lot of confidence and her job is beating out these other people for playing time.”

Four freshmen guards round out the roster. They are Sailor Liefke (5-2) from Sunnyside Christian, Caitlin McGreevy (5-3) from Touchet, Jessica Cheney (5-7) from White Swan and Morgan Genzer (5-10) from Lewiston.

“I haven’t had anyone this small in a long time,” Hazeltine said of Liefke. “But she’s really quick and had a good career at Sunnyside Christian. She just has to make the adjustment to our level.

“Caitlin is small, too, but she is the most coachable kid we have,” the coach said of McGreevy. “She is open minded, willing to learn and a wonderful addition to our team. With experience she will make great strides.”

Hazeltine spotted Cheney when White Swan played at DeSales last winter, and she’s glad she did.

“She put up 31 points that night and she is probably our best shooter,” Hazeltine said. “She’s not close to what Cierra Jo (McKeown) and Teresa (Acock) were for us last year, but we’re working on her being that type of player.”

Genzer’s size in the back court should play well for the Warriors, Hazeltine said.

“We like her talent, she just needs to understand the program a little bit better,” Hazeltine said. “Her length will cause problems for people and we will probably use her more than we thought.”

As usual in recent years, the Warriors will begin their season in the three-day Yakima Invitational that begins Friday on the Yaks’ home floor. Walla Walla is matched against Mount Hood at 4 p.m. in the first round.