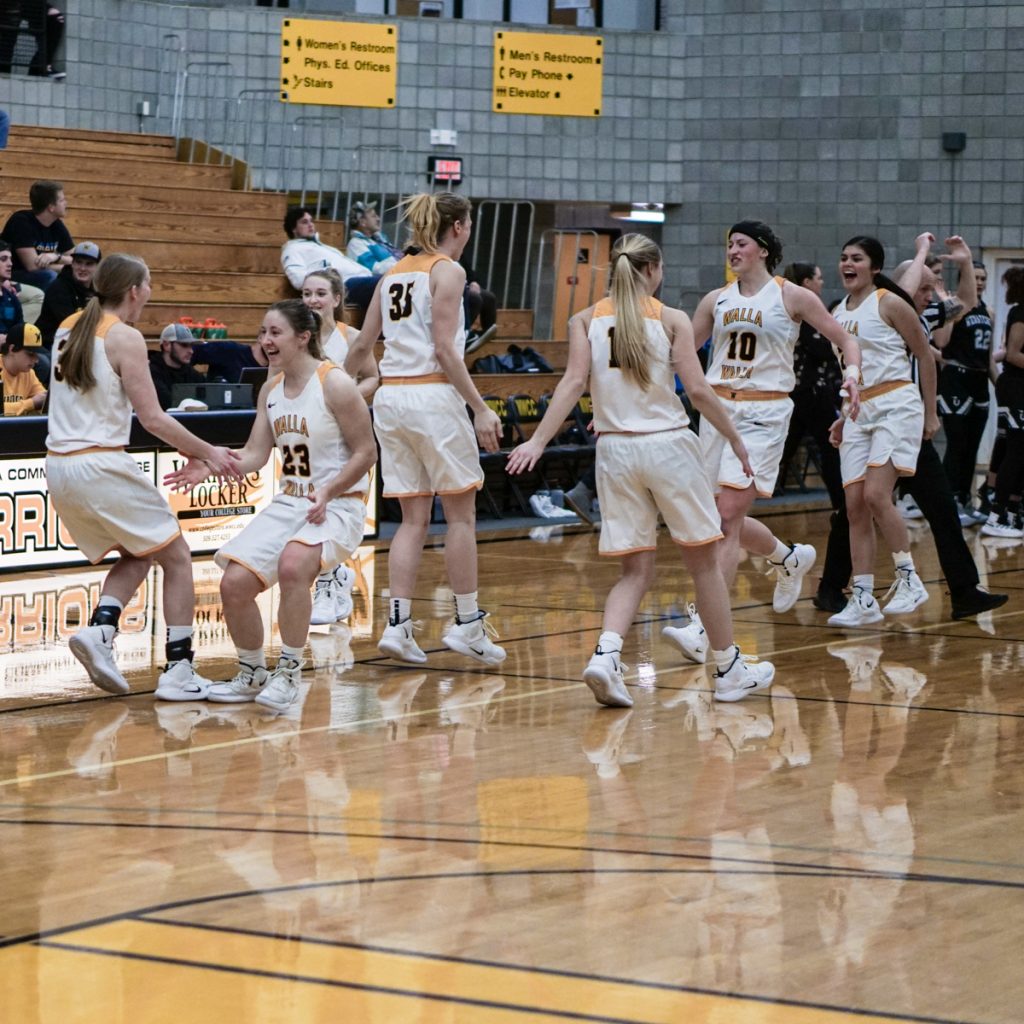 The Warriors got it done by outscoring the Knights 16-12 in overtime to emerge with a 95-91 win and drop the Knights to 8-1 in East Region play.

“This was an upset,” Warrior coach Bobbi Hazeltine said. “They (Wenatchee) can shoot it from outside and they have the best post in the league (Ashlynn Burgess). They can do it all. A huge win for us.”

The Warriors open the second round of East play with the win and improve to 6-3 in the East. 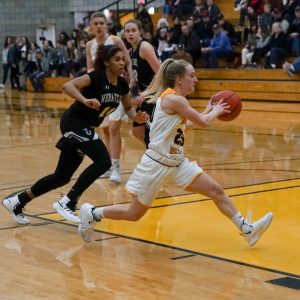 After dropping the first meeting with the Knights 66-51, the Warriors got seven points from Sailor Liefke and grabbed a 17-9 lead at the end of the first quarter.

The Knights responded in the second as Kiara Steen’s seven and Burgess’ seven sparked Wenatchee Valley to a 37-34 lead at intermission.

“We knew it would be tough,” freshman guard Liefke said. “We came out with a lot of energy, and then let our energy drag in the second quarter.”

The Warriors opened the second half on a 11-3 run to regain the lead at 45-40 following Kaileigh Dietrich-Denton’s consecutive buckets with 6:45 left in the third. 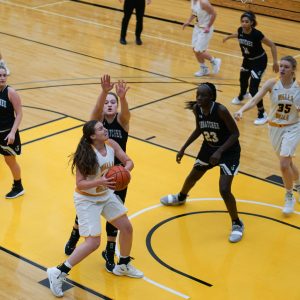 “We made a few offensive adjustments,” Hazeltine said of her halftime strategy. “Most importantly, we just had to believe we could play with these guys.”

“We needed to focus right at the opening of the second half,” sophomore guard McKenzie Gunter, who led the Warriors with 11 first-half points, added. “We needed to take care of the ball.”

The Knights scored the first four of the fourth.

Rylie Lyon, off the Warrior bench, scored a bucket to make it 57-56 Knights.

Gunter made a coast-to-coast drive with a missed Viking shot, had a dish to Holly Golenor, a three-point play, and, following a Dietrich-Denton bucket, the Warriors finished a 12-2 run to go up 68-59 with 5:30 left.

Article by Ken Morgan of the Walla Walla Union-Bulletin