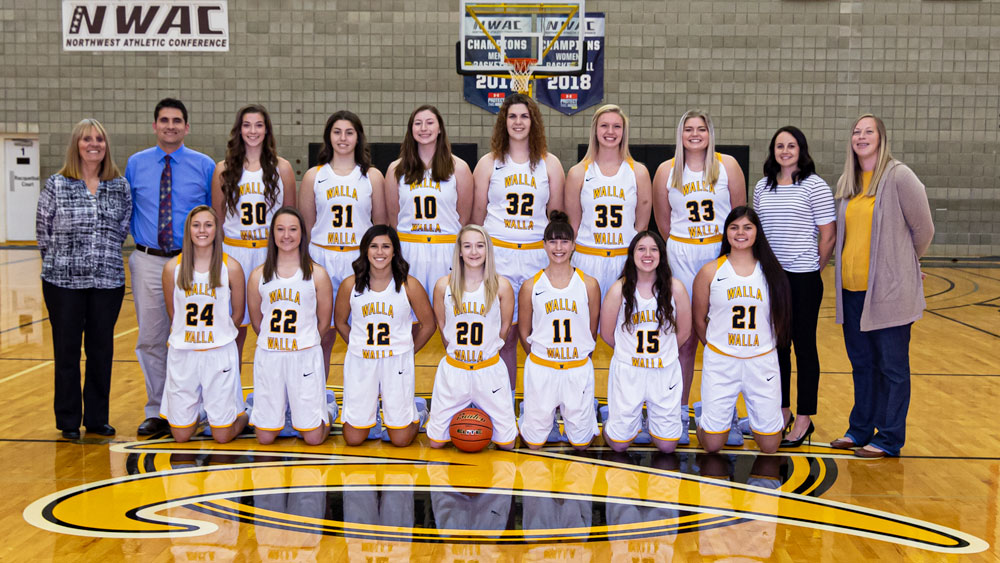 Bobbi Hazeltine called timeout less than three minutes before halftime at Walla Walla Community College on Wednesday with her Warriors, having won their last 19 games and sitting atop the Northwest Athletic Conference women’s basketball East Region, only up 21-17 against fifth-place Treasure Valley.

Hazeltine reshuffled with substitutions and ordered the Warriors to play a half-court trap, lighting the fuse for seven unanswered WWCC points heading into halftime.

WWCC paced Treasure Valley the rest of the night with stellar rebounding and defense en route to a 20th straight win with a 63-47 victory.

Sailor Liefke ended up scoring a game-high 19 points for WWCC (23-1 overall, 12-0 in the East), with 10 apiece from teammates Holly Golenor and Jessica Cheney.

“It took us a while to get going,” Hazeltine said. “We had to resort to a half-court trap in the second quarter to get our offense going. Our offense was stagnant up to that point, but we forced Treasure Valley into four bad possessions — a couple of turnovers, and then a couple of rushed shots — and that got us going.

“We tend to play better on offense when we’re going on defense.”

WWCC and Treasure Valley will be back at it Monday afternoon starting at 1 p.m., this time down in Ontario, Ore., to make up for their Jan. 15 meeting postponed due to blizzard conditions.

The Warriors have already guaranteed themselves a spot in the NWAC postseason tournament, and with a three-game lead over second-place Yakima Valley and only four games left in the regular season, a win at Treasure Valley would clinch the East Region title.

“We just need to take care of business at Treasure Valley on Monday,” Hazeltine said. “It’s weird, playing them back-to-back. Maybe not ideal for them either, but they will be fresh in our minds.

“We’ll have to play better.”

The Warriors expect Treasure Valley to again come out intent on an upset.

Though the Warriors managed to get on track here Wednesday with their late second-quarter run, Treasure Valley limited its turnovers the rest of the night and battled to stay within striking distance.

WWCC prevailed with a 43-29 edge in rebounds, including 16 offensive boards for second-chance opportunities.

“It was a really fast game,” Hazeltine said. “It was clean on both sides. There weren’t a lot of fouls or stoppages in play. And in the fourth quarter, (Treasure Valley) came out trying to create something so we needed more of our pressure defense.

“We never seem to play our best here on a Pink Night,” Hazeltine said. “It shouldn’t matter, but it was a fairly tight game the whole way through. We couldn’t break away from them.”

Up 41-32 at the start of the fourth quarter, Dakota Patchen and Jessica Cheney hit consecutive 3-pointers for some much-needed cushion.

“Those were big 3’s,” Hazeltine said. “Sailor Liefke played really well on offense the whole game, but otherwise, we had that slow start. Good thing we had our defense the whole night.”