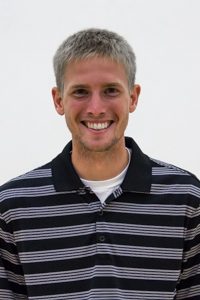 Jordan Hacker enters his sixth season as the head coach. Last season, WWCC finished 12-5-3 and made the playoffs for the third straight season. They defeated Lane in the 1st round before falling to Highline in the Quarterfinals.  In 2018, the Warriors won the East Region Championship on their way to an 18-1-1 season but were defeated in the Quarterfinals by Tacoma.

Jordan Hacker is originally from Yakima, WA. He is returning to the Warriors after playing for the program from 2007-2009. During his time at Walla Walla he was the captain of the 2008 NWAC Championship team.  After two successful years with the Warriors, Coach Hacker transferred to the University of Colorado at Colorado Springs, where he played his last two years of collegiate soccer. Coach Hacker also played for the Colorado Blizzard; a semi-professional indoor soccer team.

When asked about Coach Hacker:

“Jordan is an outstanding individual with high morals and an incredible work ethic. He is a WWCC alum and is a Warrior through and through.  His 2008 Men’s team won the NWAC Championship after winning three consecutive overtime games in route to the first NWAC soccer title for the college. Jordan’s work rate and leadership ability was always very evident for me as his coach, and why I believe he will carry on the success we have had at WWCC. Coach Reinland has done a fantastic job developing young coaches at WWCC and I believe Jordan will be yet another one, and the program is in good hands”.

Coach Hacker is married to Robbie Hacker and they have three children –  Alexander, Belle and Aaron .

Coach Ben Rotert came to Walla Walla Community College to start the 2014 season as the new Head Men’s Soccer Coach and assitant for the Women’s team.  Last season the Warrior Men won the East Region regular season championship with an 8-1-3 region record. This was their first East Region title since 2013. They hosted an NWAC quarterfinal match versus Pierce and finished the season with a 10-3-4 record. During the 2017 season, Walla Walla made the playoffs for the seventh straight year, defeating Peninsula and Portland before falling to eventual champion Highline in the NWAC Semifinals. Their 3rd Place finish in the NWAC Playoffs was the programs highest finish since 2013. Prior to taking over at Walla Walla Community College, Coach Rotert was the first assistant at the Community Colleges of Spokane for the previous five seasons.  Rotert assisted in helping Spokane reach post season play in four out of five years, including reaching the semi-finals in 2009 and quarter finals in 2011 and 2012.

Rotert is originally from Bozeman, MT.  He started his collegiate career at the Community Colleges of Spokane from 2005-2007 and received conference and team recognition both years.  After his time at the Community Colleges of Spokane, Rotert transferred to Whitworth University in Spokane, Washington where he was a two year starter from 2007-2009.  During his time at Whitworth, the team won back to back conference titles and started in the Division III National tournament both years while receiving conference recognition.

Rotert graduated from Whitworth University in 2009 with a degree in Business Management.  He received his Master in Business Administration from Eastern Washington University in March 2014. Rotert currently holds his USSF National B License. On July 24, 2013, he married his wife Tracy in Whitefish, MT.

Gabrielle Parks enters her first season with the Warriors as the assistant coach in the fall of 2018.

Gabrielle and her husband Nolan reside in Walla Walla.