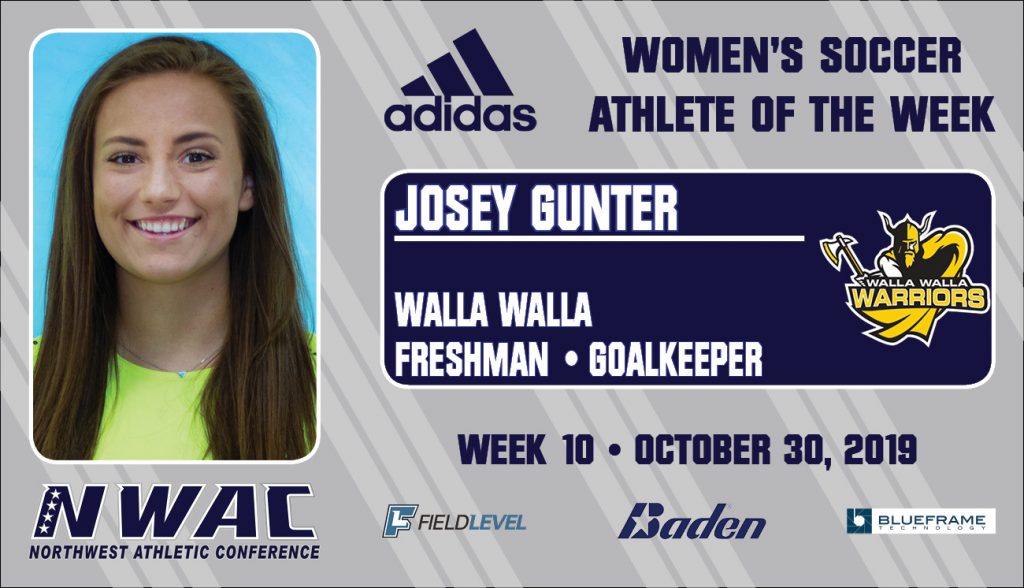 Gunter has been a force in goal for the Warriors all season. Last week she tallied another pair of shutouts against North Idaho and eighth-ranked Spokane to add two her league leading 12 shutouts on the season.

Gunter is second in the league in save percentage (.887) and leads in goals against average (0.33).

“Josey has been one of the most consistent players all season long,” said WWCC head coach Jordan Hacker. “When she has been called upon she has come up with big saves. She did that against two great teams this last week. She has been able to answer the bell when called upon. Without Josey’s performance this week we would not have been able to clinch the East Region title.”